RJ flight makes emergency landing after taking off from Beirut

RJ flight makes emergency landing after taking off from Beirut 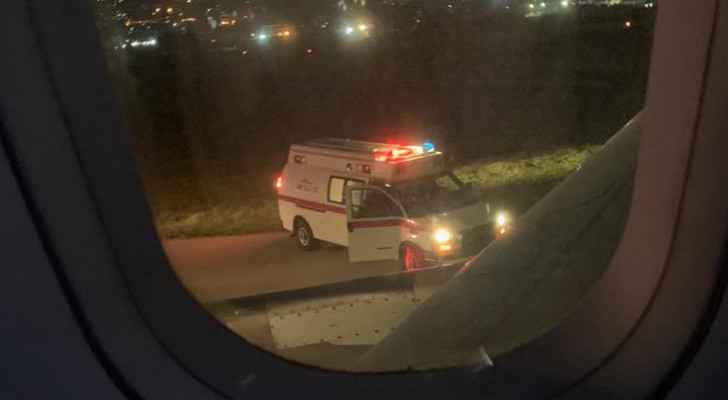 A Roya correspondent in Beirut reported that Royal Jordanian flight No. 404, bound from Beirut to Amman, made an emergency landing in Beirut 20 minutes after taking off due to technical difficulties.

The correspondent, quoting Fadi Al-Hassan, Director of Rafic Hariri Airport in Beirut, said that the pilot, while flying, noticed something disconcerting in the cargo hold of the plane, which forced him to return and land again at Beirut Airport.

One of the passengers on the plane, who asked not to be named, informed Roya that the pilot told passengers that he would return to Beirut because of a matter relating to the cargo hold.

A Royal Jordanian statement published at 10:00pm said that it was a false alarm, but the airline took all necessary preventative measures to ensure the safety of passengers.

The traveler said that when the plane landed at Beirut airport, security services asked them to disembark until the procedures were completed.

The Royal Jordanian statement added that the passengers on the plane will go to Amman tonight without their bags, indicating that their luggage will be sent on Sunday by another plane.