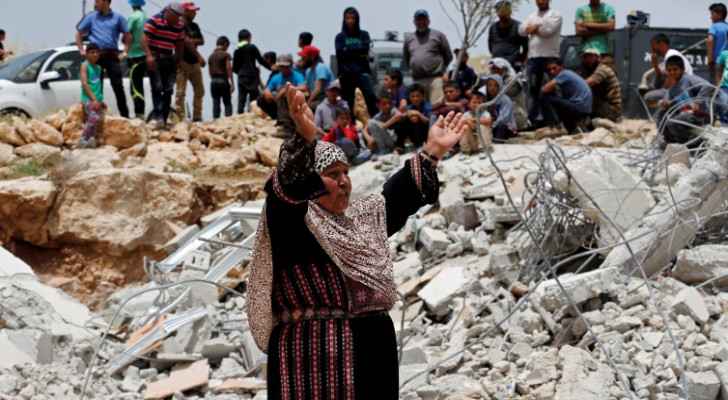 Friday, the United Nations and European members of the Security Council called on the Israeli Occupation to stop the demolition of Bedouin homes in the Jordan Valley.

At the conclusion of the Security Council session, Estonia, France, Ireland, Norway and the United Kingdom affirmed that they are "deeply concerned about the recent demolitions and confiscation of property carried out by Israel" and affected "facilities funded by the European Union and donors in Hamsa Al-Baqi in the Jordan Valley."

Those countries also expressed concern about the consequences of these decisions "on a society of about 70 people, including 41 children."

European diplomats said, "We reiterate our call on Israel to end the demolition and confiscation operations. We also call on Israel to allow full, sustainable and unimpeded access of humanitarian aid to the community of Homs Al-Baqi."

The United Nations envoy to the region, the Norwegian Tor Winsland, expressed his concern to the Security Council about the demolitions and confiscations.

He said that the Israeli Occupation "demolished or confiscated 80 buildings in the Palestinian Bedouin community in Humsa Al-Baqi."

He noted that these decisions have repeatedly caused the displacement of 63 people, including 36 children, and come in the wake of similar demolitions that took place in November.

"I urge Israel to stop the demolition and confiscation of Palestinian property throughout the occupied West Bank, including East Jerusalem, and to allow the Palestinians to develop their communities," Winsland added.

Death sentence reduced for man who ....