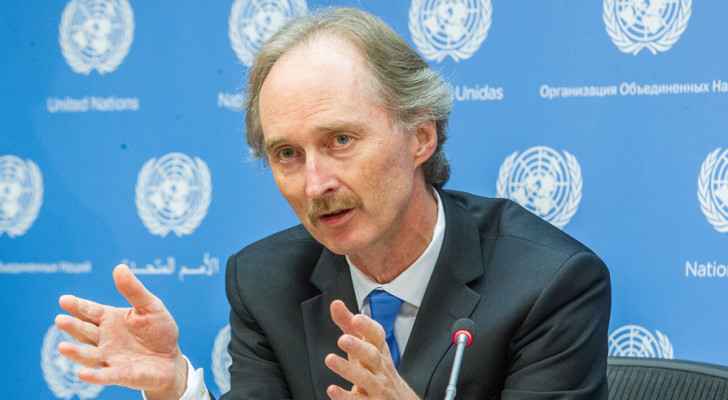 Sunday, the United Nations (UN) Special Envoy for Syria Geir Pedersen arrived at his hotel in Damascus, Syria after holding talks in the Russian capital Moscow.

Pedersen said, "I am very much looking forward to my discussions here in Damascus. We will of course here also focus on the implementation of security council resolution 2254. There are many issues that I hope we will be able to address."

He added, "I am also of course very well aware of the difficult situation the Syrian people is experiencing, and that will of course also be a part of my discussion."

Endless rounds of UN-backed peace talks in the decade since have failed to stem the bloodshed and in recent years have been largely overtaken by parallel negotiations led by Russia and Turkey, which backs some opposition factions in Syria’s northwestern region.

Feb. 10, the UN Security Council failed to come to agreements on a joint declaration on Syria, following an entire day of negotiations in which Perdersen called to hasten the deadlocked peace process.

Moscow did not respond to a request for comment from the AFP news agency as to why negotiations were blocked.

The latest meeting comes almost 10 years after Syria followed their neighbors and joined the Arab Spring in a wave of protests that spread across the Middle-East.

However, what started as peaceful anti-governmental demonstration in 2011 quickly turned into a a long-winded fatal war.

The Syrian conflict has killed over half a million people and left around 12 million displaced.

“The current divisions in the international community need to be bridged,” said Pedersen.

He added that without “constructive international diplomacy” on Syria, it was unlikely that “any track – constitutional track or any other – will really move forward."

Diplomats indicated that the failure to agree on a declaration for Syria was due to Russia, which had made demands unacceptable to Western nations.

“The Russians are asking too much,” stated a diplomat who requested anonymity.