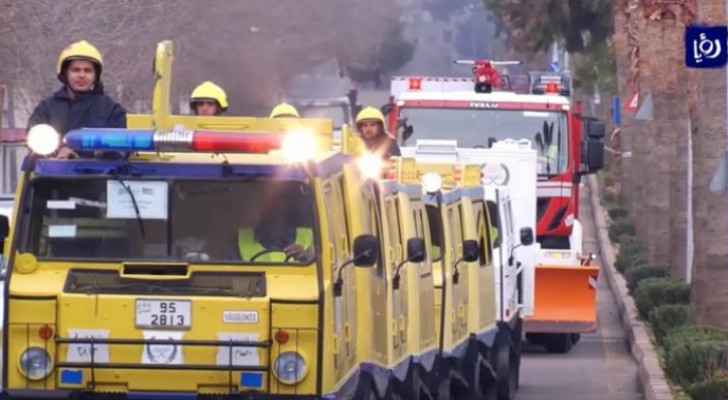 Wednesday, the Director of Operations at the General Directorate of Civil Defense (CDD) Hatem Jaber told Roya's Nabd Albalad that more than 600 cars are stuck in traffic jam, due to the accumulation of snow and bad weather conditions.

He added that since 7am until now, the CDD received a total of 2,486 calls from citizens across the Kingdom, of which 380 were among dialysis patients, 55 birth cases, 76 among patients suspected to have COVID-19 and 1,975 cases of other diseases.

Additionally, he said the CDD dealt with 193 traffic accidents, and 211 of building collapse cases.

Jaber called on the citizens to remain indoors and avoid using vehicles in snowy areas, unless absolutely necessary.