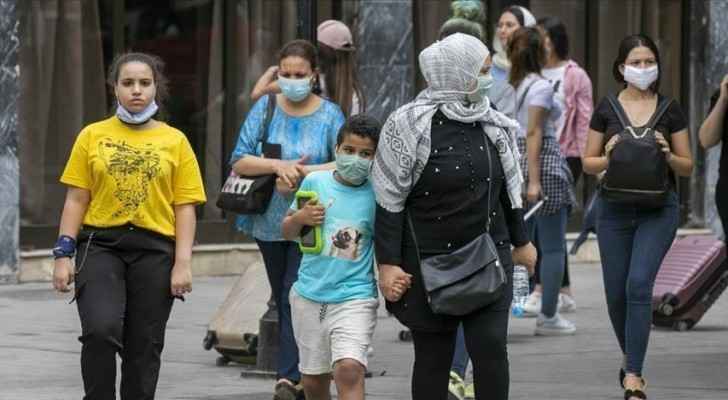 Sunday, Lebanon began its vaccination campaign against the coronavirus by administering the first vaccine dose to a doctor.

The country is hoping that the vaccination campaign will, firstly, help to relieve pressure on health facilities in a country that is also strained by economic and political crises.

The head of the intensive care unit at the Rafik Hariri Governmental Hospital in Beirut, Doctor Mahmoud Hassoun, received the first dose of the Pfizer-BioNTech vaccine, one day after the first shipment of 28,500 doses from Belgium arrived in Lebanon.

"I hope that [the vaccine] will be the beginning of the end for this pandemic in the country," he told AFP.

Caretaker Prime Minister Hassan Diab visited the hospital to see the process, praising the efforts of the doctors who have borne burdens and sacrificed their lives "to protect people from this deadly epidemic."

"Today is not my time," he told reporters. "Today's priority is for the health sector, which has performed its duties and made great sacrifices to protect people."

According to the government's plan, the first stage of vaccination is reserved for medical staff and those over 75 years of age.

Doctor Firas Abyad, general director of the Rafik Hariri University Hospital, wrote in a Saturday tweet that the vaccine is "the best gift one can ask for on Valentine's Day."

The International Federation of Red Cross and Red Crescent Societies announced that it would "independently" supervise the storage and distribution of vaccines funded with assistance from the World Bank, worth 34 million dollars.

Lebanon, which is home to more than a million Syrians and Palestinians, has signed a contract with Pfizer to provide more than two million vaccine doses, which will arrive gradually over the coming weeks.

Late on Saturday, Caretaker Minister of Health Hamad Hassan said that "about 450,000 people have registered their names so far to receive vaccinations," including 45,000 over the age of 75 and 17,500 employees in the health sector.

Lebanon is expected to receive a total of six million doses of vaccines, including 2.7 million doses within the framework of the international COVAX platform, which was established to support countries with limited capabilities.

The World Bank’s regional director, Saruj Kumar Jah, said in a statement that the process begins in Lebanon “at a time when its health system is already under severe stress due to the outbreak of the Corona pandemic, a deep and long-running macroeconomic crisis, and finally the devastating explosion of Beirut port."

The Ministry of Health hopes to have 80 percent of the population vaccinated by the end of the year, a goal that Human Rights Watch and medical experts deemed unrealistic.

Feb. 8, Lebanon began gradually easing the restrictions imposed to contain the coronavirus, after more than three weeks of strict measures.

Lebanon, which has a population of six million, has so far recorded 336,992 injuries, including 3,961 deaths.

The authorities have increased the number of hospital beds for COVID-19 patients, but all medical facilities are almost full.