Curfew hours to remain in place, will include Fridays: Al-Ayed

Curfew hours to remain in place, will include Fridays: Al-Ayed 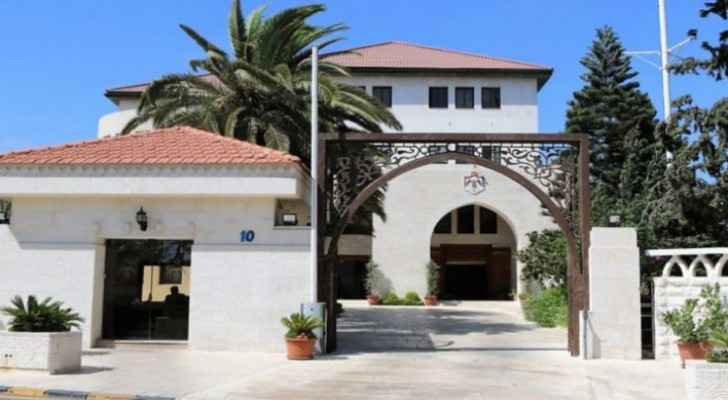 Following Prime Minister Bisher Al-Khasawneh's announcements during the governments response to the parliament, the Prime Ministry held a press conference to discuss the details of the government measures which will be taken to reopen some sectors in a safe manner, and the mechanism for opening schools in the second semester, according to the approved health protocols.

Earlier Tuesday, as per His Majesty King Abdullah II's requests to reopen schools and sectors, PM Bisher Al-Khasawneh announced that there will no longer be a Friday total lockdown as of this week, and that schools will reopen in a gradual manner. Additionally, he announced that all the sectors which have been closed due to the pandemic, will gradually reopen.

The Minister of State for Media Affairs, Ali Al-Ayed said that the curfew hours will remain the same, and will be applied on Friday's as well.

Al-Ayed added that the reopening of sectors comes in light of the improvement of the health situation in Jordan.

Within these sectors, the traveling sector will slowly reopen. Al-Ayed said that there will be an increase the number of arrivals to Jordan from the border crossings by 300 passengers per day.

He added that PCR tests are only required when traveling, with all works stopping on the VisitJordan platform.

Those who travel to the Kingdom will no longer need to home-quarantine. All that is needed is a negative PCR test within 72 hours of their arrival, said Al-Ayed.

The Minister of Education, Tayseer Al-Nuaimi announced that students will return to school during the second semester on Feb. 7,2021.

School attendance will be on an alternative day basis (such as two days of school, and three days off, or two days off, two days on, and two days off) depending on the class density, he said, adding that students in classrooms should be at least two square meters apart.

The maximum capacity of the classroom will be 15-20 students per class.

Al-Nuaimi added that education will be blended, so that students can follow their work remotely while they are not in school.

There are considerations to extend the second semester until the end of next June, in order to give the students and teachers more space to cover the basic concepts of subjects and outcomes of the two semesters, and to ensure the students have caught up on their education, he said.

There are two temporary assessment stations of the extent of adherence to the health protocol in schools, said Al-Nuaimi, adding that the pandemic situation will play a large factor in these stations. After two weeks there will be another assessment station, which will determine the enrollment of students from grades four to nine in face education.

The evaluation will be daily for a period of two weeks. If commitment is proven and the epidemiological situation permits, students of the tenth and eleventh grades will enroll after two weeks in face education, on Feb. 21.

Accordingly, these grades (tenth and eleventh, and fourth to ninth) will continue their education electronically at the beginning, he said.

Reinforcement classes for basic materials and psychosocial support programs will be implemented for students upon their return to school, said Al-Nuaimi.

The Minister of Industry Maha Al-Ali announced that the reopening of sectors will be phased, at a rate of two weeks for each stage.

She added that cinemas, entertainment cities, children's play areas, electronic games centers and the conference sectors will open in March.

The Minister of Health, Nathir Obeidat called on all establishments to commit to the health measures as sectors reopen and precautionary measures are eased so that the government does not have to take drastic measures.

Obeidat, said that the health situation and the pandemic curve in Jordan has witnessed a noticeable improvement in the past seven weeks.

Obeidat added that the beginning of the national vaccination program is a positive factor which will hopefully lead to the desired goal of successfully tackling the pandemic.

Obeidat indicated that the number of registrants to receive the vaccine is constantly increasing.