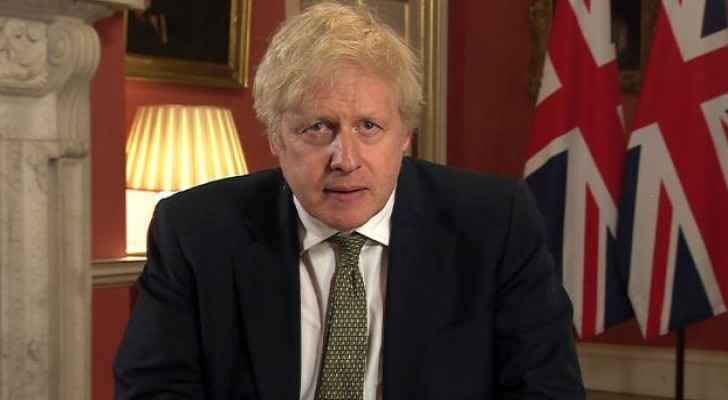 British Prime Minister Boris Johnson announced Monday evening a new lockdown across England, with the aim of curbing the new fast-spreading coronavirus mutation and preventing the collapse of the country's health system.

In a live televised address, Johnson said the new lockdown, similar to the one imposed in the spring, marked the closing of schools and would continue until mid-February.

The Conservative Prime Minister stressed that the strict restrictions imposed on nearly 80 percent of the population of England had not been enough to stop the spread of the new mutation of the virus, which is more contagious than the original strain by between 50 and 70 percent, according to British scientists.

He added that the number of people infected with the virus in British hospitals reached about 27,000 patients, and "increased by about a third" in one week, and exceeded by 40 percent what it was at the height of the first pandemic wave.

Johnson said, "It is clear that we need to do [more] efforts... to control the new boom," noting that "Therefore, we must enter into a general lockdown strict enough to control this boom."

Similar to what happened during the first general closure in the spring, and in contrast to the second closure in November, the third closure, which will be formally enforced at dawn Wednesday, will include the closure of schools that will switch from Tuesday morning to the remote education system.

Although Parliament will debate these measures Wednesday, Johnson appealed to the people of England to adhere to them immediately.

In his speech, the Prime Minister made it clear that if things went well, the general lockdown would be lifted in mid-February, and at that time it was assumed that all elderly people over the age of 70 would have received the anti-virus vaccine thanks to the acceleration of the national vaccination campaign launched Dec. 8, with the use of the Pfizer/BioNTech vaccine, and was strengthened Monday by the joining of a second vaccine developed by AstraZeneca in cooperation with the University of Oxford.