Confronting coronavirus crisis should be driven by science, not emotion: Al-Hawari

Confronting coronavirus crisis should be driven by science, not emotion: Al-Hawari 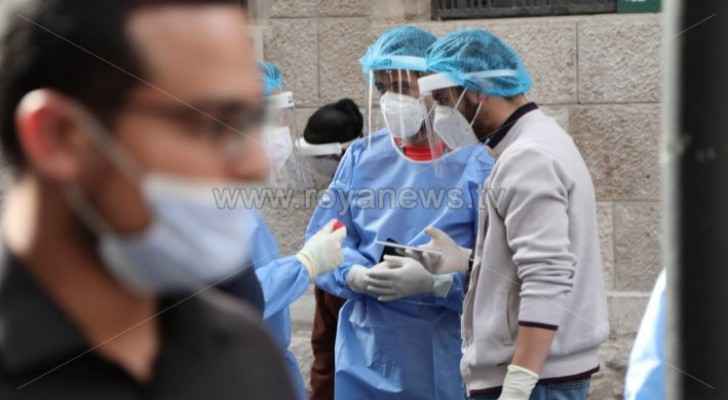 The Head of the National Center for Epidemics Firas Al-Hawari, confirmed Thursday that confronting the coronavirus crisis should be driven by science, not emotion, and error in this demand would set Jordan back by about four months, pointing out to that any changes or easing of precautionary measures should not lead to the crisis getting out of control.

The improvement of the pandemic situation should not cause Jordanians to be complacent, but rather requires more commitment to the goal of preserving achievement, he added.

In press statements, Al-Hawari said that the rate of daily positive PCR tests must be reduced even further, regardless of occupancy rates in hospitals being within “comfortable” ranges of 21 to 33 percent for normal beds, intensive care beds, and ventilator usage.

He added that 50 percent of the population is under 20 years old while indicating that they would not require the vaccine as much as the elderly. “The number of vaccines will amount to two million, at two doses per person,” said Al-Hawari.

He stressed that the delay in the arrival of the vaccine will not lead to a delay in the medical system in fighting the disease, however, "it [would] give [Jordan] the advantage of closely studying and getting acquainted with [the vaccine’s] effectiveness and side effects, [which would] helps us in making [nationwide] decisions."

Al-Hawari also stressed that there is currently a careful monitoring process for arrivals from Britain in particular, with the aim of identifying whether they are carrying the mutated COVID-19 strain or virus, while indicating that two sets of PCR tests are conducted on them three days apart. This benefits Jordan greatly, said Hawari, adding that by doing this, the chances of infection spread does not exceed five percent.

In terms of students returning to schools, Al-Hawari said that the best process is to make the process gradual, starting with the groups least able to spread infection, such as those under the age of 10. Additionally, the ‘back-to-school’ process must work on a rotational basis per grade, with a system of rotating days, dividing classes, selecting teachers who are under the age of 50, and having random checks conducted by medical personnel.