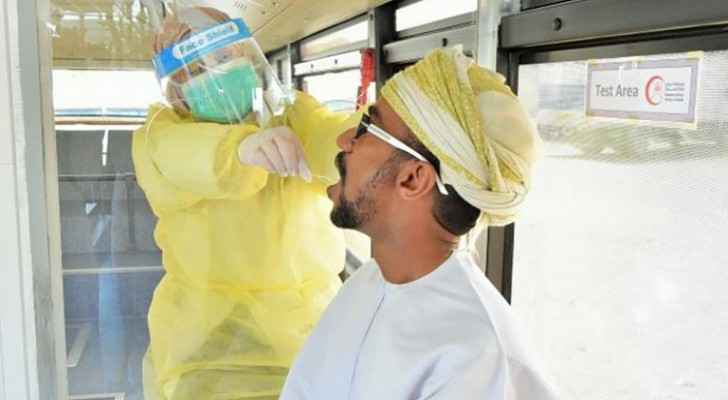 Tuesday, the Ministry of Health of the Sultanate of Oman announced that they have discovered four suspected cases of the new COVID-19 strain coming from the UK.

The ministry added that it is conducting studies to confirm the nature of the cases.

The Omani Minister of Health Ahmed bin Muhammad Al-Saeedi, said that there is an ongoing study to confirm the presence of the four suspected cases coming from Britain, indicating that the study of the genetic map of the virus is continuing and will be announced as soon as concrete information is available.

He added that there are no indications that the mutation is more virulent and dangerous than the previous strains, indicating that the current available vaccines will have the same response to it, according to the Oman News Agency.

Al-Saeedi announced that next Thursday, 15,600 doses of vaccine will arrive in Oman, with about 28,000 doses arriving by January. He added that the Sultanate is one of the first countries in the region to join the Vaccine Alliance.

He pointed out that the ministry has set controls for target groups to take the vaccine, and the priority will be for those with chronic diseases and those over 60 years old, stressing that vaccinations in the Sultanate will begin next Sunday.

The Guardian reported Monday evening that the new strain came from an individual residing in Kent, southeast England in September.

According to The Guardian Monday, the new strain first emerged in an individual residing in Kent, southeast England in September.