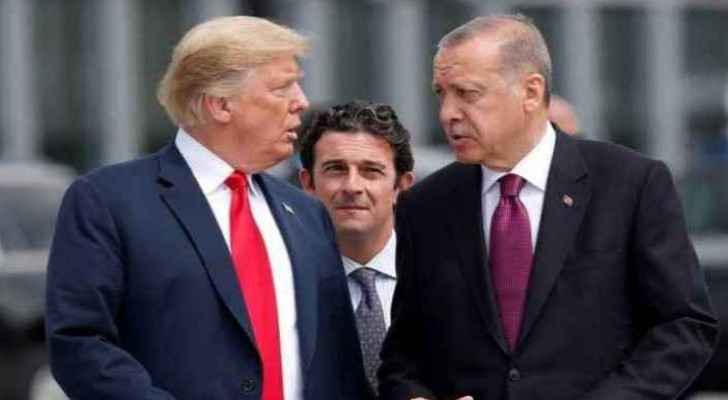 A senior US State Department official said Wednesday that the risk of Turkey being subjected to US sanctions after testing the Russian S-400 air defense missile system has become "very real."

Clark Cooper, in charge of arms sales at the ministry, told reporters that the Turks "continue to pursue the S-400 system."

He added that "sanctions are an idea that has become a topic to a large extent" after Turkish President Recep Tayyip Erdogan announced last week that his country had tested the Russian air defense system October 16, which Washington says is inconsistent with Turkey's membership in NATO.

The US administration can impose economic sanctions on Ankara under a law passed almost unanimously by Congress in 2017 "to confront America's opponents through sanctions."

In particular, the law provides for automatic sanctions when a country enters into a "significant deal" with the Russian armament sector.

Cooper noted that Washington has informed its strategic ally Ankara since last year that the red line for the United States will be the operation of the S-400 system that Ankara bought from Moscow in 2017 as part of its rapprochement with Moscow.

The US diplomat stressed that his country is nevertheless seeking to avoid a boycott with Turkey.

"We certainly are doing our best to keep Turkey in the Western camp," he said, adding that "excluding Turkey will not be in the interest of anyone except Russia."

Sunday, Erdogan responded strongly to US threats to impose sanctions on his country if the Russian missile system was activated.

In response to Ankara receiving its first Russian battery last year, the United States suspended Turkey's participation in the program to manufacture modern American F-35 fighter jets, believing that the S-400 system could cause the disclosure of technological secrets of this advanced fighter.