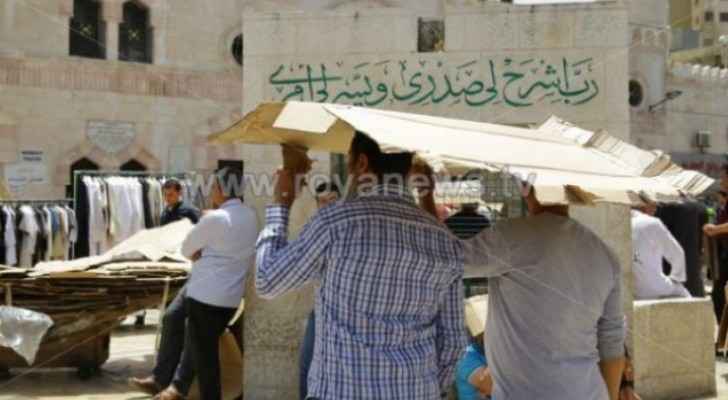 A change in temperature is set to take place as The Red Sea depression expands towards the southern Levant regions, including Jordan. This will push a relatively hot air mass leading to successive rises in temperatures from Tuesday, according to the Arabia Weather.

What is the Red Sea Depression?

According to Arabia Weather, the Red Sea depression is a thermal depression, which depends on the thermal differences in its formation, depth, decay or shrinkage that rises between the surface water temperature in the Red Sea basin and the dry land in the Arabian Peninsula and Sudan.

During the summer when temperatures increase, surface pressure values decrease in normal conditions which make the Red Sea shrink and retract towards the south, and during the autumn, winter and spring, it deepens northbound.

The most notable weather changes as the Red Sea Depression begins to affect the region.

A consecutive rise in temperatures will start on Tuesday lasting at until the end of the week.

Temperatures are several degrees above normal levels during this time of year.

Medium and high clouds appear in the afternoon hours of Wednesday and Thursday, with chances of local rain showers.

Dry eastern winds are expected towards the end of the week.

In conjunction with the extension of the Red Sea depression towards Jordan, the area of high-pressure air zones will expand over Iraq from the east.

This will cause speedy eastern and southeastern winds over Jordan on Wednesday and Thursday as temperatures increase.

Temperatures will be relatively hot with dust in the air.