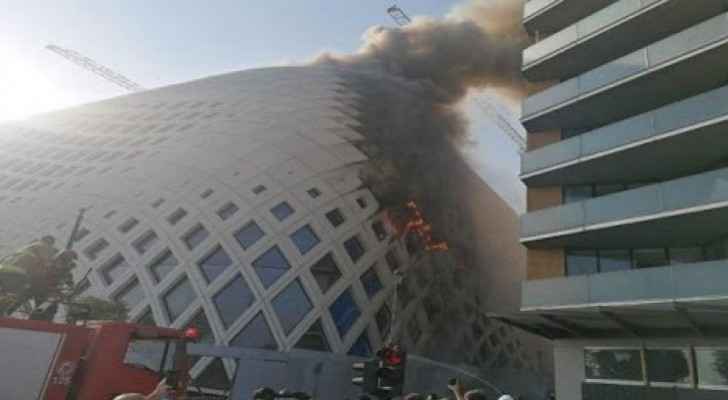 A fire broke out in a building in downtown Beirut near the city's port, on Tuesday morning. The building was still under construction, according to Lebanese media reports.

However, what caused the fire in the city is still unknown.

The civil defense teams said they were able to extinguish the fire, noting that no injuries were reported.

Investigations into the cause of fire are ongoing.