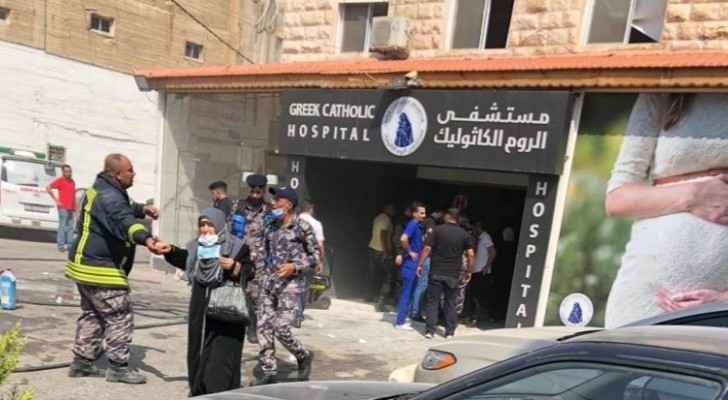 All patients at the Greek Catholic Hospital in Irbid were transferred to other hospitals on Saturday, after an electrical short circuit in the hospital’s power transformer which led to heavy smoke emission in the hospital’s departments.

The patients were transferred to Princess Basma Hospital and other private hospitals in Irbid, said the city’s governor, Radwan al-Atoum.

He added the incident did not cause any damage to the hospital. However, two patients suffered from mild suffocation but their health status is stable.

Hospital departments are currently being emptied of the fumes in preparation for the hospital’s staff to return to work as usual, while the staff at the Irbid District Electricity Company are working on fixing the problem, al-Atoum added.

Authorities stop all patient visits to ....

COVID-19 test for all staff at Irbid hospital following ....