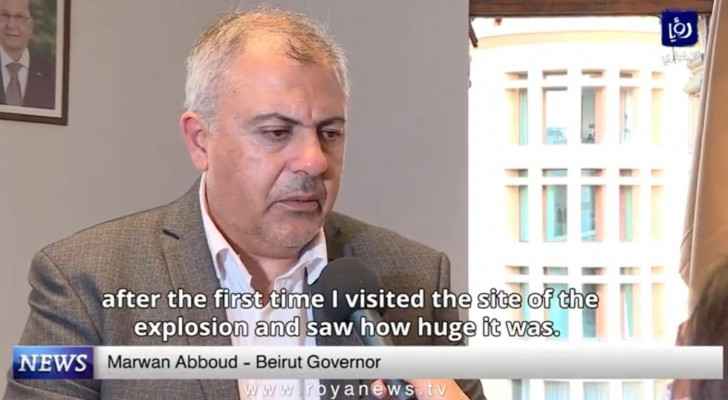 The catastrophe that left Beirut in ruins on Tuesday is on a scale greater than could have been imagined, the Governor of Beirut, Marwan Abboud, told Roya on Wednesday.

“What happened was a huge disaster and way bigger than I thought it was. Everyday passes and we realise the damage is so big,” he added.

Beirut’s infrastructure has been severely affected, more than half of the city has been destroyed and most buildings have been damaged, including the governorate building, Abboud added.

“We estimated the economic losses of direct damages were between $3 billion to $5 billion dollars, but if we talk about indirect damages, then it is way bigger and might reach tens of billions of dollars,” he said.

The Lebanese government formed an investigation committee, with the aim of finding those responsible for the disaster that led to widespread devastation in the city and holding them accountable, he added

The committee has been given five days before they have to announce their final results, he said.