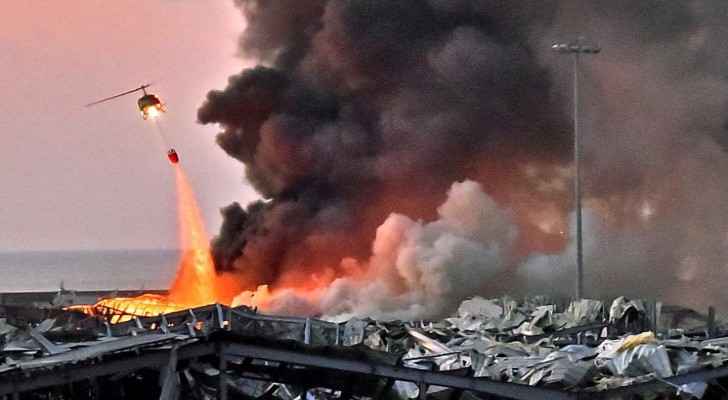 The death toll from the blast in Beirut port has reached 137, and the number of injured has exceeded 5,000, according to the Lebanese Ministry of Health.

Rescue teams are still searching for dozens of missing individuals under the rubble of collapsed buildings and at sea.

The Lebanese government formed an investigation committee, with the aim of finding those responsible for the disaster that led to widespread devastation in the city and holding them accountable.

The committee has been given five days before they have to announce their final results.

The Lebanese customs department had sent six official letters regarding the presence of dangerous materials in the port of Beirut, after which security of state took over the matter in 2018, said Roya’s correspondent in Lebanon, Joanna Nasser Al-Din, on Wednesday.