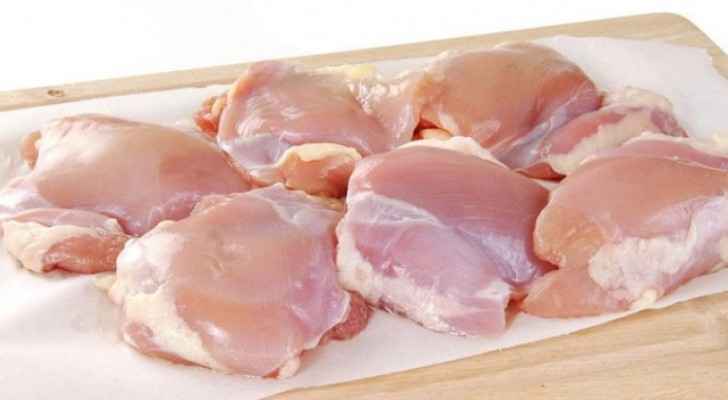 Claims that Jordanian authorities allowed the entry of Ukrainian poultry despite the suspension of imports due to bird flu are false, said the Ministry of Agriculture (MoA) on Monday.

A document has circulated showing the approval of Prime Minister, Omar Razzaz, for the entry of a rotten chicken shipment into the Kingdom.

Many citizens believe that, according to the document issued by the poultry farmers’ union on June 15, Jordan imported 568.56 tons of rotten chicken, which the Ukraine has disposed of for not being safe for human consumption.

Official documents show that the MOA banned importing poultry meat from Ukraine on January 22, along with many other countries.

Containers of chicken meat coming from the Ukraine through the port of Aqaba where banned from entering the country shortly after.

The MoA described the accusations as unfair and contrary to reality on Monday.

The ministry released a detailed response, of nine bullet points, addressing the accusations.

1: All member states of the World Organisation for Animal Health (OIE) are obligated to report any cases of diseases that require quarantine.

Both Jordan and the Ukraine are members of this organisation.

2: Ukrainian authorities reported a case bird flu on January 8, which was confirmed on January 20.

3: The case was considered closed in Ukraine on March 4, after the entire infected flock of 120,000 chicken was killed and disposed of.

The area was isolated, citizens in western Ukraine were all tested for bird flu and the movement of birds inside the country was stopped.

These measures are sufficient to declare a country disease-free after the completion of the three-month legal period, which applies to all countries around the world.

4: Despite the Ukraine being officially disease-free according to the OIE since March 4, the MoA has not lifted the import ban yet as an additional precautionary procedure.

5: Information regarding poultry imports from the Ukraine to Jordan during the suspension period, is unfair and inconsistent with the reality of the situation.

The last batch of frozen poultry imported was in December, before the bird flu case was reported.

Frozen meat imports were slaughtered and prepared more than 45 days prior to their arrival and two months before the registration of the case.

6: Some quantities of the Ukrainian chicken were released and given to factories, as they were prepared before the bird flu case was registered in the Ukraine, which was approved by the Jordan Food and Drug Administration (JFDA).

This procedure is applied in all countries of the world.

7: The decision to suspend imports is not compulsory, but depends on what measures the country takes, based on what is considered appropriate to prevent any pathogens from entering the country.

8: A delegate from the poultry farmers’ union is a member of the Animal Health Committee, who participates in making recommendations to the MoA.

Other experts, from universities, colleges of veterinary medicine, the JFDA and agricultural unions are involved as well.

9: The MoA demands accuracy and care when it comes to conveying information about product safety, to eliminate confusion among different sectors.

Inaccurate news contributes to the slowing down of the economy in general and poultry field in particular.

Couple breaks up four months after handcuffing themselves ....

Couple breaks up four months after ....