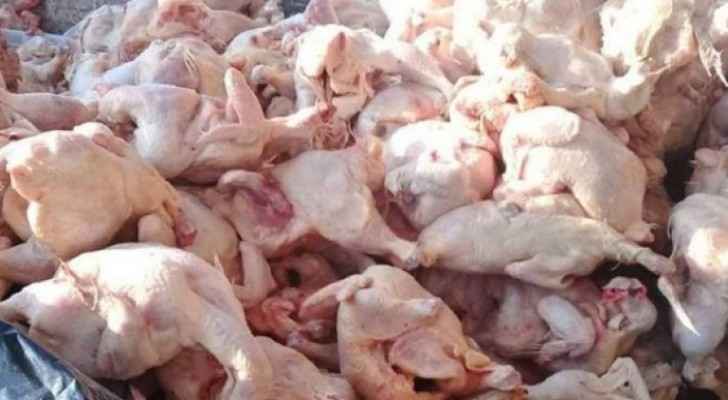 A decision to arrest the meat distributor has been issued by Ain Al-Basha Public Prosecutor, Ahmed Al-Mahasneh, on Sunday.

The defendant will be detained at Balqa Reform and Rehabilitation Center for a week, pending the investigation.

The arrest came after the second mass food poisoning incident in Jordan over the past week, which has affected 88 people — all in a stable condition.

The defendant has been charged with fraud for violating the provisions of Article 417 of the Penal Code — handling food in unsuitable conditions that made it harmful to human health, handling food that is not safe for human consumption and the occurrence of a harmful health event that breaks public health laws.

A source close to the investigation told Roya an estimated three tons of rotten chicken was found at the meat warehouse.

Investigations for both mass food poisoning incidents in Ain al-Basha are ongoing.