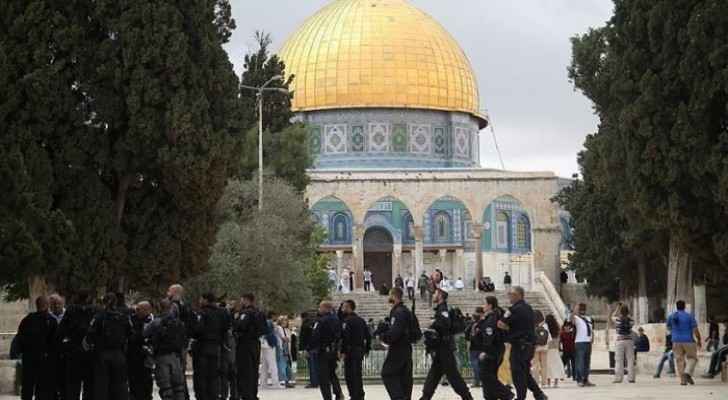 The events at Al-Aqsa Mosque were described as irresponsible and unacceptable, and a provocation to Muslims all over the world by the ministry spokesperson, Daifallah al-Fayez.

He labelled it a flagrant violation of Tel Aviv’s obligations as the occupying power in accordance with international law.

Al-Fayez warned of the consequences of continuing these violations, demanding the occupation stop this kind of act and respect the historical and legal status quo.

He called on the international community to put pressure on the Israeli occupation to stop the violations that break international law, al-Fayez said.

Jordan has demanded the Israeli occupation respect the sanctity of the mosque, the worshippers’ feelings, and to stop provocations and violations, al-Fayez added.