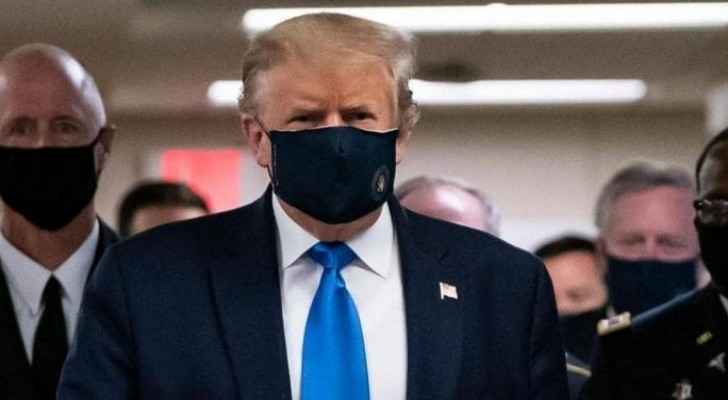 The U.S. President Donald Trump wore a face mask in public for the first time on Saturday, during a visit to a military hospital to meet wounded soldiers and front-line healthcare workers.

It was the first time Trump has worn a mask since the start of the COVID-19 crisis.

"I think when you are in a hospital, especially in that particular setting when you are talking to a lot of soldiers, people that in some cases just got off the operating table, I think it’s a great thing to wear a mask," he told reporters as he left the White House to visit the Walter Reed National Military Medical Centre.

The President had initially ignored the recommendation by the Centers for Disease Control and Prevention in April to wear a face mask and refrained from advising other people to do so either. He said it was a personal choice.

"I don't think I'm going to be doing it," he said at the time the advice was issued. "Wearing a face mask as I greet presidents, prime ministers, dictators, kings, queens - I just don't see it."

During an interview last month, he said people may choose to wear masks to indicate their lack of support for him.

The death toll in the country has reached more than 137,000 and the number of confirmed cases stands at 3.29 million.