Hebrew news: US considers economic sanctions on Jordan due to Ahlam Tamimi case 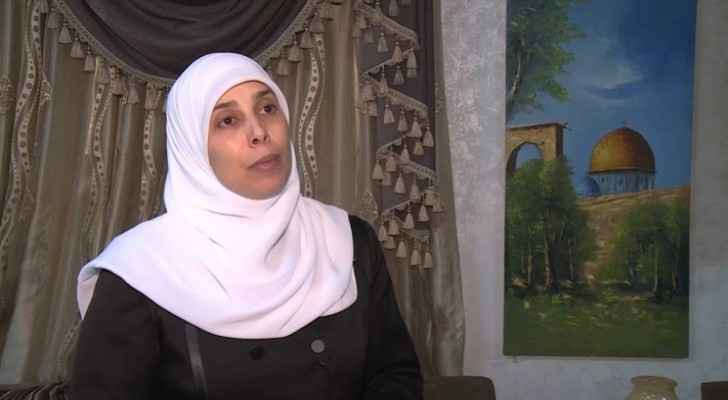 Hebrew news outlet Yedioth Ahronoth, in an online news piece, claimed that the USA considers imposing economic sanctions on Jordan until it extradites the Palestinian activist, Ahlam Tamimi, in accord with the Shalit deal.

The news-outlet also mentioned on Tuesday, July 16, that the USA considers delaying financial aid to Jordan until the Kingdom cooperates in the extradition request for Ahlam Tamimi.

The Hebrew newspaper stated that Tamimi is wanted by the FBI for bombing Sbarro restaurant in Jerusalem in 2001, killing 15 people, including an American citizen.

The newspaper pointed out that the US had previously asked the Jordanian government to extradite Tamimi, but Jordan refused.

The American approach was revealed through written answers provided by the administration's candidate, Henry Wooster, to be the next US Ambassador to Jordan. The answers were directed to the Senate Foreign Relations Committee in response to questions posed by Senator Ted Cruz, from Texas.

"The United States has multiple options and several ways to secure the delivery of Ahlam Aref Ahmed Al-Tamimi," wrote Wooster.

"We will continue to involve Jordanian officials at all levels, not only in this issue but also in a wider extradition treaty," he added.

Wooster pointed out that "the support of the United States to Jordan under foreign military financing, in addition to economic support and other assistance, is carefully calibrated to protect and promote the range of US interests in Jordan and in the region."

When asked specifically whether the aid to Jordan would be part of this influence in the case of Tamimi, Wooster replied: "If I confirmed, I will explore all options to bring Ahlam Aref Ahmed Al-Tamimi to justice, ensure her extradition and handle the broader issues associated with the extradition treaty."

In early 2018, the Trump administration signed a five-year aid agreement worth $6.4 billion with Jordan, which increased the annual amount of aid by $275 million to $1.3 billion.

‏The Ministry of Foreign Affairs and Expatriates said that this enhancement "highlights the pivotal role that Jordan plays in helping to promote and protect regional stability and supporting American goals such as the global campaign to defeat ISIS and cooperation in combating terrorism and economic development.

The USA has earlier requested the extradition of Tamimi from the Jordanian government, but the government has refused to comply.

The Supreme Court of Jordan signed an order issued by the Amman Court of Appeal on March 3, 2017, which prohibits the extradition of the Jordanian citizen Tamimi, who is accused of using weapons of mass destruction against an American citizen.

The supreme court decision came in a session held by the ruling body in the court on March 20, 2017, headed by Judge Mohamed Ibrahim and judges Naji Al-Zoubi, Yassin Al-Abdalat, Dr. Muhammad Al-Tarawneh, and Bassim Mobaideen.

A judicial source revealed that the Kingdom and the United States signed on March 28, 1995, a treaty to extradite fugitives. However, the treaty was not ratified by the parliament to complete its constitutional stages despite signing it.

In accordance with the decision of the supreme court, the agreement is considered unenforceable and cannot be implemented. Therefore, the extradition request is denied, "because requests for extradition of criminals sent to the authorities in the Kingdom from a foreign country are not acceptable unless they are a result of a treaty or an agreement concluded and executed," the source added.

Regarding the events of the case that dates back to September 6, 2016, the source said that the Amman Magistrate Court received an official letter from the Arab and International Police Department which included that the Jordanian citizen Tamimi, is required to be extradited to the American authorities in the United States for the crime of using weapons of mass destruction against an American citizen and a red notice fugitive.

The Amman Magistrate Court ruled in a previous decision that the required extradition conditions are not met.

The Supreme Court denial stood against the decision was issued in a way that violates the rules and law since the extradition request is in accordance with the extradition law, and the agreement must be applied.

As for the discrimination reasons, it was stated in the decision that "The blame is on the Supreme Court’s fault for the result that they came up with, investigating the extradition terms availability and whether it is with or against it.

An official source declared that Jordan received a request from the Interpol on March 15, 2017, about extraditing Tamimi, the liberated from the Israeli occupation prison.

The source told Roya that the extradition order was received from the Interpol since Tamimi is wanted in a case in the US.

"Therefore, the Jordanian Interpol transferred the matter to the Amman Magistrate Court to look at the extradition request according to the Jordanian agreements and law," the source added.

The US demanded Jordan to extradite the liberated prisoner, as part of a prisoner exchange deal "Shalit".

The name of a Jordanian citizen "Ahlam" is "the most dangerous terrorists wanted by the FBI," as announced by the US Department of Justice.