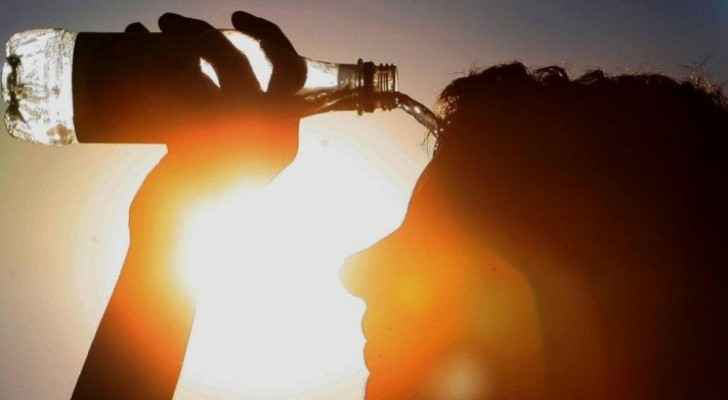 Weather forecasters on Tuesday urged the public to avoid exposure to direct sunlight as the Kingdom continues to be affected by a heatwave that pushed mercury levels well beyond the seasonal average by almost 10 degrees.

The Jordan Meteorological Department (JMD) said sanitizers, inflammable items and pressurized containers should not be left inside vehicles, especially as midday temperatures are expected to approach the 40 degrees threshold in the highlands.

The southernmost Red Sea port of Aqaba and the Jordan Valley will continue to reel under sweltering weather as daytime temperatures will range between 44 and 46 degrees.

In the highlands, north and south, the weather will remain hot and dry during daytime but it will cool down in the evening with temperatures falling to 21-23 degrees.

The heatwave is not expected to break before Friday, the JMD said, adding that similar weather conditions will persist on Wednesday and Thursday.

On Monday, firefighters battled around 240 bush and wildland fires, mostly caused by the current blazing heat.