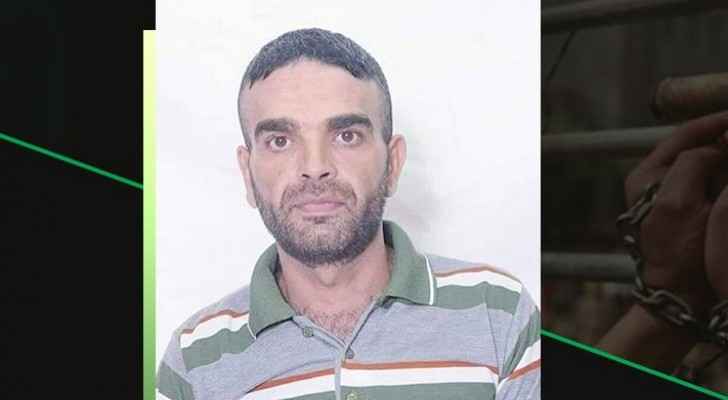 The cancer-stricken Palestinian prisoner Sami Ahed Abu Diyak died this morning while in prison in Israel, alone and without being seen off by anyone and away from his mother whom his last wish was to die in her arms.

"To every person with conscience, I live my last hours and days. I want to be in my last days and hours beside my mother and my loved ones, and I want to die in her arms. I do not want to die while I my hands and feet are cuffed and in front of a jailer who loves death and nurtures and delights by our pains and sufferings." This was Abu Diyak’s last message from the prison.

In recent weeks, Abu Diyak refused to go to Soroka Hospital in Beersheba, saying: "I want to die among my fellow prisoners who are sick here in the Ramla clinic."

Abu Diyak spent 17 years in Israeli jails after his arrest on July 17, 2002, and was sentenced to triple life terms plus 30 years.

He was the second prisoner to slowly die in prison due to medical negligence during this year. He was preceded by the Bassam Sayeh, who died on September 8.

In recent years, the Israel Prison Services (IPS) prevented his relatives from visiting him, leaving him struggling with his chronic intestinal cancer without providing him with the environment and health conditions needed by a person with cancer.

Born in the town of Silat al-Dahr, south of Jenin, on April 26, 1983, Abu Diyak has five siblings, including a brother, Samer, who is also in prison.

There is about 700 sick prisoners in Israel, including 200 chronic medical cases in need of continuous treatment and at least 10 cases of cancer.

The total number of prisoners in Israel is approximately 5000.

It should be noted that Article 76 of the Fourth Geneva Convention affirms that medical care for prisoners must be provided, which is something Abu Diyak did not receive because it was not available in the Ramla prison clinic, where he was kept most of the time during his sickness.

Rule 27 of the Standard Minimum Rules for the Treatment of Prisoners states: “All prisons shall ensure prompt access to medical care in urgent cases. Prisoners requiring specialized care or surgery shall be transferred to specialized institutions or to civilian hospitals. When a prison has its own medical service with hospital facilities, it shall be staffed with sufficient staff and equipment to provide appropriate treatment and care to the prisoners referred to it.” In the case of the prisoner Sami Abu Diyak, he did not receive immediate medical care and did not stay in qualified civilian hospitals for a sufficient period in his serious health situation. He was regularly transferred between the civilian hospitals and the Ramla prison clinic, which does not include the hospital facilities. Equipped with no specialized staff and appropriate treatment services.