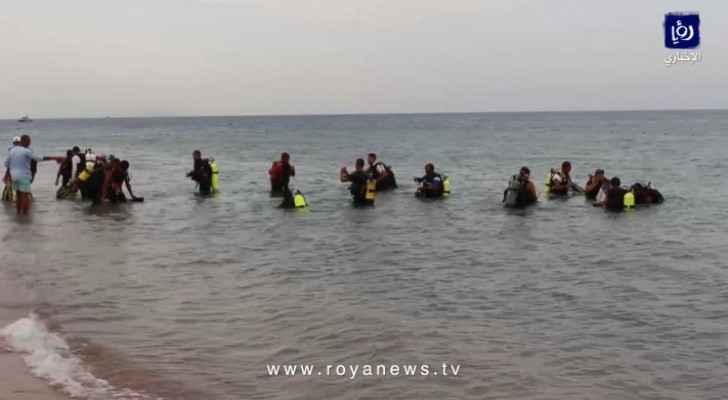 Aqaba's beaches are getting a clean with 400 divers of the military and civil authorities were set to join a national campaign today.

Aqaba Tourism and Economic Development Commissioner, Shurahbeel Madi said that this campaign is the first-of-its-kind, where a large number of members of the Jordanian Armed Forces (JAF), the Civil Defense Directorate (CDD), the Royal Jordanian Navy, civil society organizations, diving centers and volunteers will help in cleaning up Aqaba's beaches from plastic waste.

Divers deployed on the shore of the Gulf of Aqaba today and started cleaning the beach, collecting plastic waste in bags and putting them in one place in order to transfer them to the landfill after they are sorted out.

The goal of this campaign is to raise awareness about the damages of the use of single-use plastics and introducing practical and sustainable alternatives.

People are not aware of this issue, but each one of us must realize that "the plastic we use ends on our tables," Madi said, explaining that plastic takes at least 100, 000 years to disintegrate and move to marine life and therefore we eat fish that feed on plastic.

Madi called on people not to throw waste in the sea, the most important of which is plastic waste, which harm marine life.