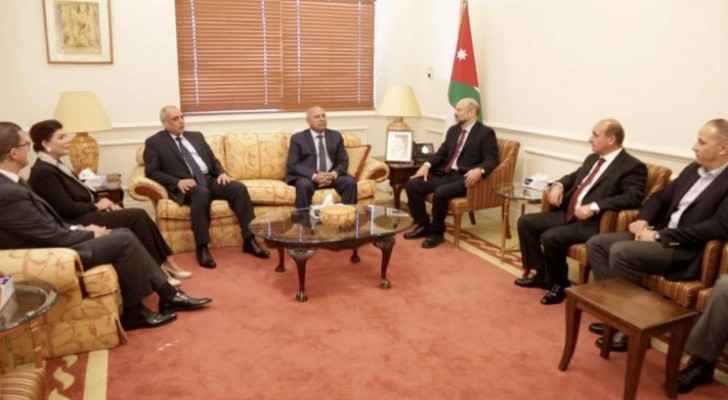 During the meeting, Razzaz stressed the importance of forging closer relations in the transport sector between Jordan, Egypt and Iraq, to achieve integration between the three countries.

He also emphasized that such cooperation should reflect their common interest in upgrading the various aspects of relations, boosting the transport system and revitalizing transit traffic and intra-regional trade.

The two ministers are attending a conference on challenges facing transport, which opened today in Amman with the participation of representatives of various local and regional bodies to prop up transport as a vital service sector.

Razzaz stressed on the need to build on the outcome of meetings between the leaders of the three countries through expanding economic, trade and investment cooperation.
Emphasis during the meeting was placed on boosting land, sea and air transport between Jordan, Egypt and Iraq, and the need to take the necessary measures to facilitate transport in a manner that reflects on the trade exchange and economic relations.

The Iraqi and Egyptian ministers expressed their countries' keenness on upgrading transport ties with Jordan, commending the Kingdom's cooperation and the facilities it offers to achieve their common aspirations in view of the signed agreements and protocols.