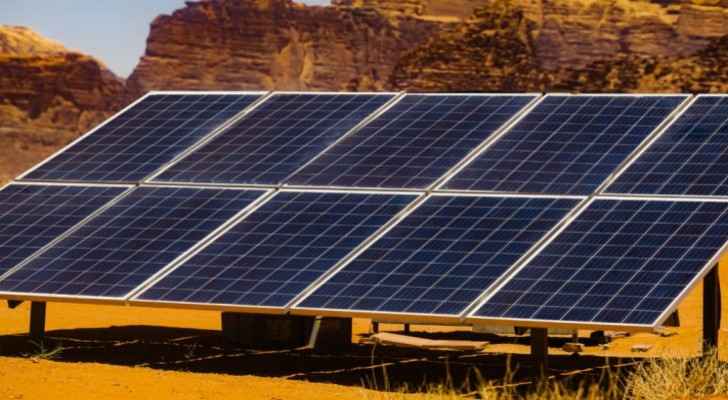 Jordan has been at the forefront of renewable energy deployment in the Middle East, with the sector accounting for 7.9% of the country’s total electricity generation in 2018 compared to 2% in 2013. Yet, challenges hindering the upscaling of renewables are multiplying as the sector gains momentum. Being an early adopter of renewables, Jordan’s experiences should serve as lessons both for economies in the region and developing countries around the world, according to a report published by Castlereagh Associates.

Jordan is a highly indebted economy and heavily reliant on fossil fuel imports. Violent conflicts have disrupted the fuel supply over different periods in the past 16 years, revealing the fragility of the kingdom’s energy security. Energy sector subsidies, especially for electricity, have been blamed for weakening the economy and contributing 19% to the total public debt.

To improve energy security and alleviate the economic burden, in 2012 Jordan implemented a phased removal of fuel and electricity subsidies, and adopted aggressive renewable energy targets to lessen its dependence on fossil fuels. Since 2007 renewable energy has been a central energy policy, with the authorities pledging to increase the sector’s share in the energy mix to 10% by 2020, a goal which was modified in 2018 to 20%.

The kingdom has invested heavily in governance and financing schemes to meet its target. In 2012 it became the first country in the region to develop a regulatory framework for the sector, through its issuance of the Renewable Energy and Energy Efficiency Law (REEEL) No 13. It also adopted net-metering and power wheeling policies to facilitate the deployment of small-scale wind and solar projects and invested heavily in utility-scale projects. As a result, in 2018 the country was ranked as having the third-most-attractive environment for renewable energy investment among developing countries by the Bloomberg Climatescope Index. However, the fast pace of Jordan’s development of renewables has been matched by a rising number of challenges, which led in early 2019 to the kingdom temporarily halting the implementation of large-scale renewable energy projects and limiting the wheeling policy to 1-MW projects.

Structural issues have played a significant role in hindering the sector’s ability to upscale renewables. First, a lack of coordination on energy policy meant that conventional thermal power plants (which proliferated over the past several years) developed under the independent power producer model and operating within fixed power purchase agreements (PPAs) have slowed the development of utility-scale renewable energy projects. Jordan now has an excess of electricity which cannot be consumed, with its reserve margin currently at 37%.

Second, by maintaining the single-buyer model in the electricity market NEPCO, the state-owned utility and sole off-taker, is obliged to purchase all the electricity produced. Under long-term and poorly designed PPAs, both the thermal and the renewable energy power plants are bound to expensive take-or-pay agreements, with NEPCO required to purchase all deemed or virtual electricity even if the grid can’t handle it, or it’s not consumed by the end-user. The result is that the government is buying electricity that it cannot necessarily sell, maintaining high financial losses.

Third, the cost of developing many of the thermal projects and early renewable energy plants is higher than in other countries in the region, which hinders the government’s ability to decrease electricity tariffs and reduces Jordan’s competitiveness on the regional and global market. The government has recently expressed its intention to renegotiate some of the agreements, which could negatively impact investors’ confidence.

To mitigate its excess of electricity, the government has been negotiating selling a portion to neighbouring countries Lebanon and Iraq. Talks with the former have stalled because the interconnection grid passes through Syria, which is against a deal, but an agreement has been signed with Iraq for a direct interconnection, although linking the two countries’ grids is still underway and the latter country is also being eyed by Saudi Arabia.

Lack of investment in grid, system balance and energy storage

Another key challenge facing the sector is that of investment. While the government has focused on attracting inflows to renewable energy projects, it has neglected other key components: the status of the grid; the balance and flexibility of the system; control and demand-side management; and energy storage.

A lack of investment in the grid is a key barrier to increased renewable energy penetration and has contributed to a slowing down of approvals for power wheeling. Additionally, the kingdom has focused on two types of renewable energy technologies – solar photovoltaic and wind farms without considering storage. As a result, the electricity generated through renewable energy is intermittent, being entirely dependent on the weather. In contrast, Morocco, which has a share of renewable energy of 18% of the primary energy mix, has focused on deploying concentrated solar power, which includes energy storage, enabling consumption from renewables during night time.

The intermittency of renewables will become an increasingly significant challenge for the electrical grid as the share of renewables in the primary energy mix crosses the 10% threshold, requiring costly system balancing, storage, and control, grid and demand side management, which are yet to be accounted for.

Jordan is not yet a success story in renewable energy, but the challenges it has to mitigate are a learning case for other developing countries. Development of the sector cannot take place without accounting for the broader power sector in terms of the energy mix, implementation of thermal generation regulations, and investment in the grid and other components.