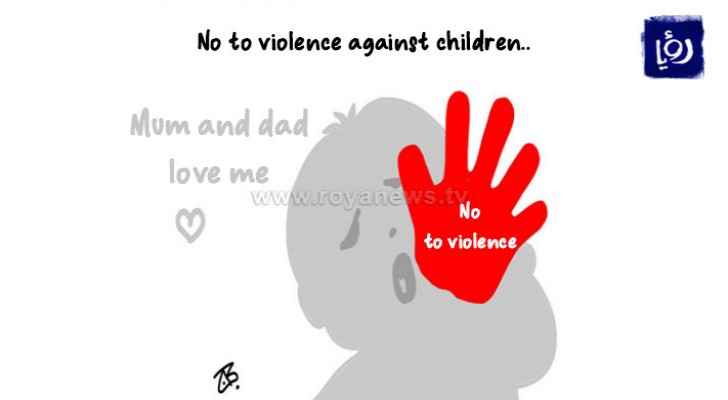 The International Day of Non-Violence is marked today, October 2, 2019.

The day is an occasion to "disseminate the message of non-violence, through education and public awareness."

The Sisterhood is Global Institute (SIGI) had earlier issued a report showing that 81% of children in Jordan aged between 1-14 years have been subjected to violent methods of discipline.

The report indicated that the approach adopted by parents and caregivers to discipline children may have long-term consequences on their physical and psychological development, well-being and general condition.

Based on the survey, only 14% of people believe that the use of corporal punishment was necessary for the child's upbringing, discipline or education.

The Population and Family Health Survey 2017-2018 showed that no only children may be subjected to violence, but also women, especially widowed, divorced and separated women aged between 18-45 years.

The study also revealed that one in four married women has experienced physical, sexual or emotional violence, constituting 24.1%.

SIGI called for the abolition of Article 62 of the Jordanian Penal Code, which permits the methods of discipline that parents adopt in a manner that does not cause harm to them and in accordance with the general practice.

This Article doesn't take into account the psychological harm caused by parents to their children when they adopt such methods, as the psychological effects may be more painful and harsh than corporal punishment.

Global increase in Domestic violence against females due ....

Global increase in Domestic violence against ....

Global increase in Domestic violence against ....