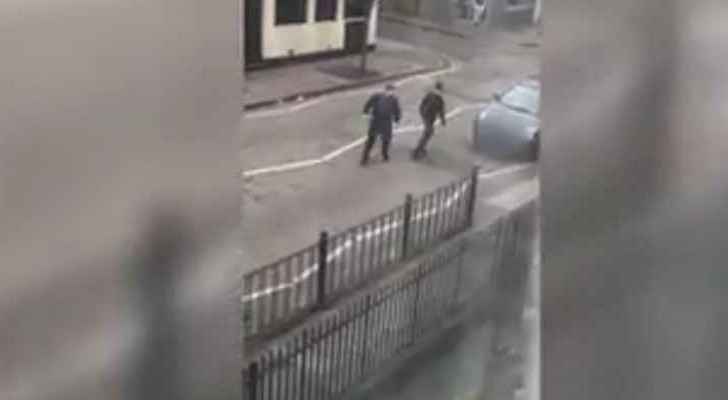 Three unidentified men have attacked a Muslim worshiper on Friday, 15 March, outside a mosque in east London hours after a terrorist assault on Muslims in New Zealand.

The Police confirmed on Saturday that three men had used objects identified as batten and hammer to attack a 27-year-old man outside an East London mosque.

However, the Police refused to designate the attack as an act of terror and hate crime against the Muslims despite accounts by witnesses at the scene who said the attackers had been abusive and shouted Islamophobic slurs. The attackers even called the Muslims “terrorists”, according to witnesses.

The police said that the victim of the attack suffered injuries to his head and was rushed to a nearby hospital by people at the scene.

In a video filmed by a witness, showed the attackers, jumping into a blue car they had used to reach the mosque and then fled the scene.

UK authorities said they had stepped up security at mosques across the country after the attacks in New Zealand.