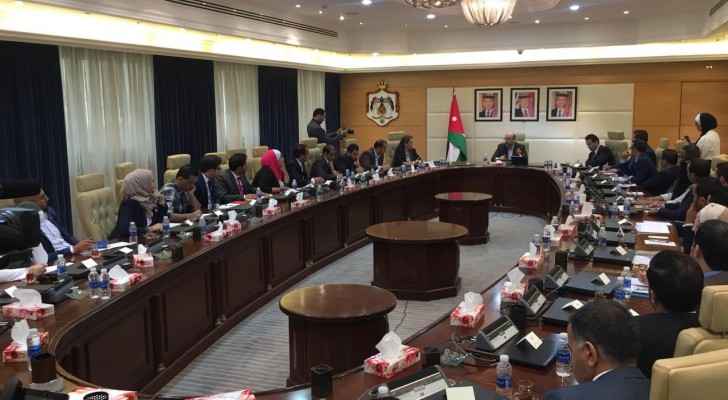 Jordanian Prime Minister, Omar Razzaz, said that the general pardon decision cannot be a populist one.

During his meeting in the Prime Ministry with a group of 27 youth representing different strata of society, civil organizations and trade unions on October 18, 2018, Razzaz affirmed that a committee was formed to further study the application of the general pardon.

Razzaz stated that “the decision concerning a general pardon cannot be rushed as it is based on judicial frameworks, principles of the rule of law as well financial expenses."

Following the three-hour meeting, Razzaz expressed his content with the open dialogue, stressing that it was both fruitful and insightful. The government is keen to conducting more public meetings and looks forward to frequently meet with the youth, he added.

The meeting was attended by Minister of State for Media Affairs, Jumana Ghunaimat, Minister of Culture and Minister of Youth, Mohammad Abu Rumman, and Secretary General of Ministry of Youth, Thabet Al-Nabulsi.