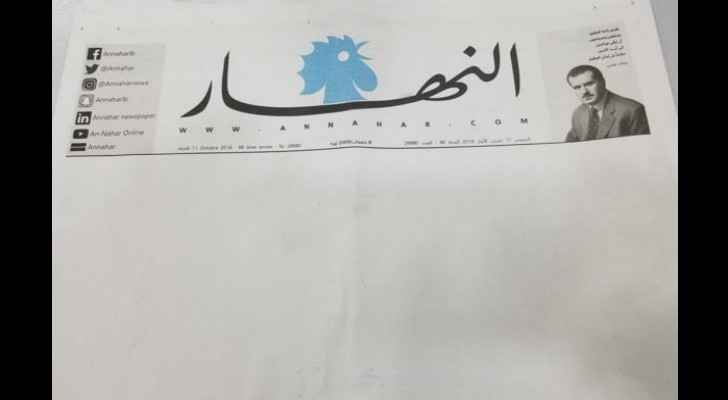 The Lebanese daily newspaper An-Nahar released a blank issue on Thursday, October 11, 2018, with only the newspaper’s logo and a photo of the late Lebanese MP Gebran Tueni.

Al-Nahar also changed its profile picture to a blank white image on all social media.

Deputy editor-in-chief of the newspaper, Nabil Bou Monsef, refused to comment on the reasons, saying that the purpose will be clarified later today.

King Abdullah meets with publishers of ....