Russia appoints Seagal to improve ties with US 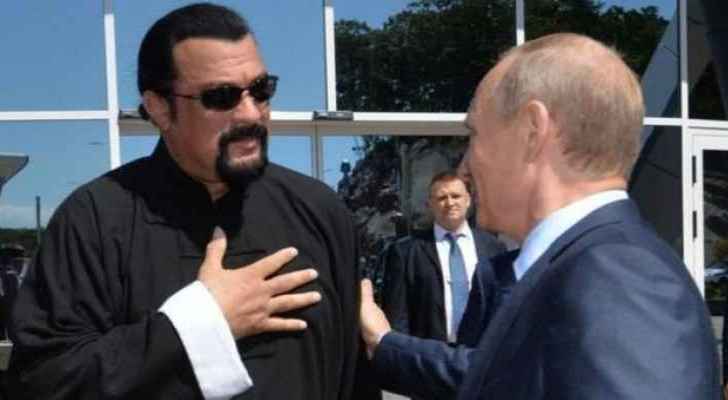 American Hollywood star, Steven Seagal, was appointed as the special representative for the Russian-US humanitarian ties, in order to deepen cultural, art and youth ties between the two countries, Russia’s Foreign Ministry said on Saturday.

Seagal, the regular visitor to Russia for more than a decade, was granted the Russian passport back in 2016 by Russian President, Vladimir Putin hoping to help in improving the tensed relations between Moscow and Washington, which already started to improve slightly.

Seagal was appointed as UN Goodwill Ambassador and will receive no salary for his role.

Segal expressed his happiness at he finally got the chance to do what he always did “tirelessly” and “for many years unofficially” appreciating the chance being a main player in strengthening the relations between the two countries.

The two poles of power have lots to quarrel over; U.S. intelligence agencies accused Moscow on many occasions of interfering in White House elections, an allegation that Russia denies. In addition to the two countries odds over the Syrian crisis and Ukraine.

Moscow welcomes Washington's return to 'reason' at the ....