The agreement with Roya will raise further awareness regarding Cancer 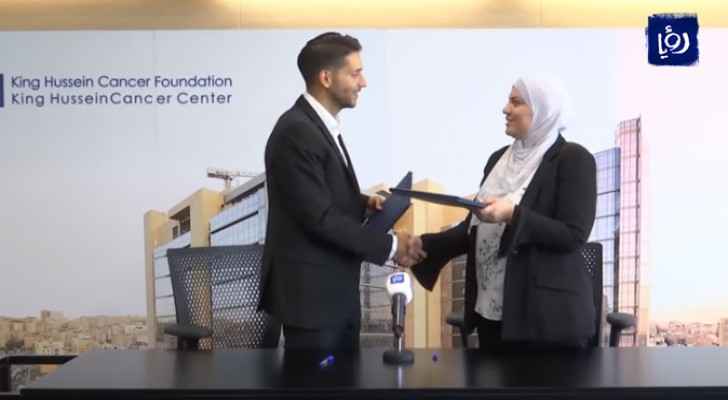 According to the agreement, KHCF will provide Roya with all information needed to produce cancer-related programs as well as doing interviews and covering statements and press releases by the Foundation's spokespersons. Roya will be publishing all news related to the Foundation through its various mediums.

Sayegh voiced the significant role of media, especially that of Roya, in raising awareness regarding various types of cancer. He stressed that KHCF is a national medical monument that all Jordanians are proud of, and that such a cooperation will result in spreading further awareness regarding Cancer.

Qatamish stressed on the importance of partnership with all sectors, especially with the media sector. “The signing of this agreement aims to activate the role of media institutions in contributing to the fight against cancer, and the necessity to focus on raising cancer awareness," said Qatamish.

The Foundation is focusing on developing its communica with all media platforms; tv, radio, print and online media alike.