European Investment Bank to execute 850 million euros worth of projects 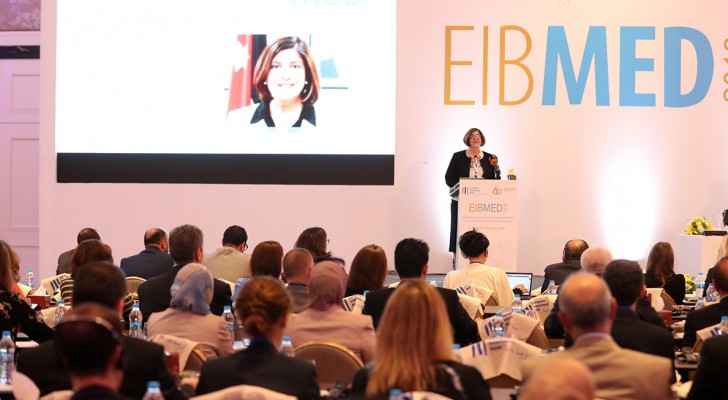 Vice President of the European Investment Bank (EIB), Dario Scannapieco, said that the EIB is currently studying the plan of financing 15 projects in Jordan with an investment of 850 million euros.

During the opening session of its 18th annual conference, EIB announced that its targeted sectors are set to be within public transportation, renewable energy, water and sanitation projects, as well a special initiative financing micro, small and medium enterprises.

The bank plans for a long-term relationship with Jordan, where it intends to create a positive impact on living conditions in the kingdom, as well as in other southern Mediterranean countries.

An amount of 480 million euros have already been allocated to a large number of Jordanian projects, Scannapieco added.

The annual conference, which was held in Amman on Monday under the theme: Improving Lives and Creating New Opportunities - The EU-Bank’s Economic Resilience Initiative, was attended by the Minister of Planning and International Cooperation, Mary Kawar, Palestinian Minister of Water Mazen Ghoneim and Central Bank Governor Ziad Fariz.

Kawar emphasized the importance of building such strategic partnerships that would strengthen the bonds with global financial institutions, as they would also help with facing the economic challenges raised by unemployment.

Fariz also affirmed that such creative initiatives will result in creating new job opportunities that would positively stimulate the economy and help with the gradual and steady economic growth and financial stability.