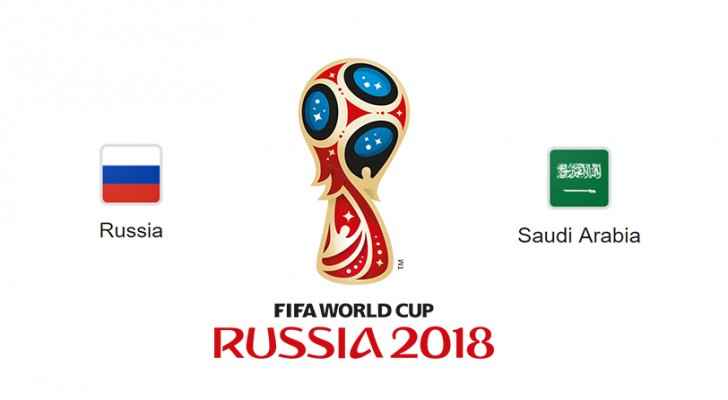 The 2018 FIFA World Cup, hosted by Russia for the first time, is right around the corner as it kicks off today at 6 p.m. (Russia and Jordan local time) with the opening match between Russia and Saudi Arabia at Moscow’s Luzhniki stadium.

As it is customary, the 2018 World Cup will commence with the hosts playing in the first match, which will be against Saudi Arabia, while defending champions Germany will play their first match against Mexico on Sunday.

Five-time winner Brazil will face Switzerland in their first match on Monday. With Costa Rica and Serbia comprising the two other teams in Group E, Brazil will have a hard time.

European champions Portugal will play neighbours Spain in their first match in Group B, while Argentina were placed in Group D with Croatia, Nigeria, and newcomers Iceland.

England will face the other debut nation Panama in Group G, but open against Tunisia before facing the group's top seeds Belgium.

The Egyptian national team qualified for the World Cup for the first time in 28 years, and for the third time in its history. Despite an injury scare during the Champions League Final, Mohamed Salah will be joining the Egyptians.

Morocco secured its ticket to the tournament for the first time since 1998. The north African country’s bid to host the 2026 FIFA World Cup was unsuccessful as the privilege was awarded to the USA, Canada and Mexico by a vote of 134 nations.

Saudi Arabia was the first Arab team to qualify for the international tournament,for the first time since 2006, while the Tunisian football team completed the Arab line-up during the play-off stage of the African World Cup qualifiers.
Global music star, Robbie Williams, accompanied by the Russian soprano, Aida Garifullina, will entertain the stadium crowd and the millions watching around the world during the opening ceremony.

The 2018 FIFA World Cup ceremony will have a different flavor compared to previous editions of the tournament, with a particular focus on musical acts; as 500 dancers, gymnasts and trampolinists will be performing an opening extravaganza.