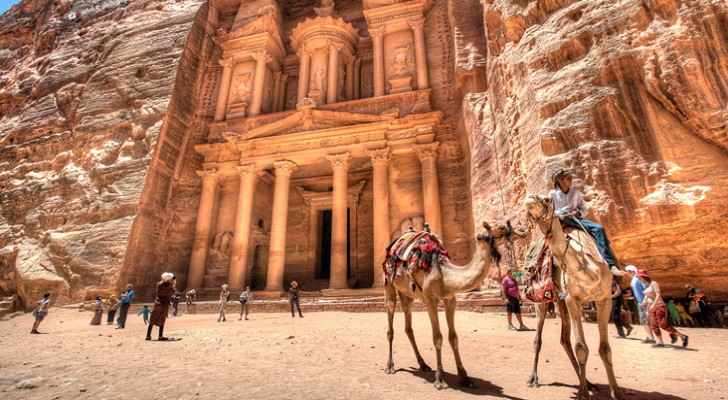 Elon Musk, the founder and CEO of SpaceX and Tesla, visited Petra on March 20, 2018 and posted a photo of the Treasury on his Instagram account with the caption: “Petra and Mars”.

The post got more than 880,000 likes on Instagram alone and refers to the Hollywood movie “The Martian” that was filmed in the nearby location of Wadi Rum, which also resembles a Martian backdrop.

Musk’s visit to the ancient city of Petra came as part of a trip to Jordan and Israel during the last week. Musk wrote on Twitter that he is on a spring break with his family, denying claims that his visit to Israel is related to Tesla’s collaborations.

Earlier last week, reports from Israeli media had emerged connecting Musk’s visit to Israel with rumors about possible collaboration between Tesla and an Israeli company.

This is completely false. Never even heard of Cortica. Just taking my kids on a Spring Break trip to see ancient historical sites in Israel & Jordan.

Elon Musk out as Tesla chairman, fined $20 million over ....