Netanyahu says US will move its embassy to Jerusalem this year

Trump announced on December 6th the US will relocate its embassy to Jerusalem. 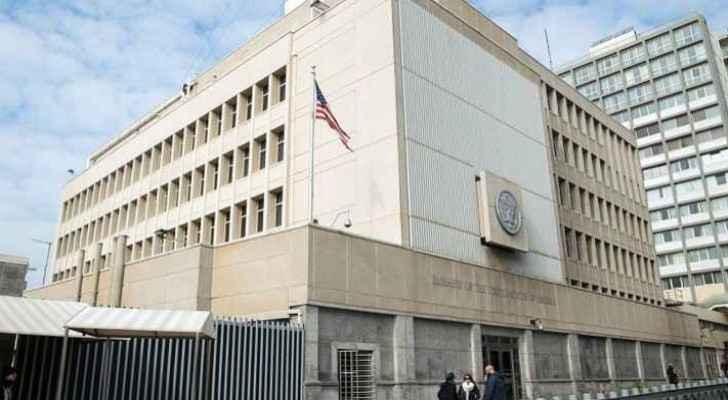 The Israeli Prime Minister, Benjamin Netanyahu, said on Wednesday that relocating the US embassy from Tel Aviv to Jerusalem will be finalized within the current year, based on what he said “solid assessment”.

“My confident assessment is that it will move much faster than people think, within a year from today,” he said.

Netanyahu went to explain his assessment, and said the US embassy plan is one of an unprecedented policy moves, included the US President’s proposal to cancel the agreement on Iran's nuclear program, and its decision to delay a $65 million payment to the UNRWA, the UN agency that assists Palestinian refugees.

"There are three things happening in the US that never happened before. One is moving the U.S.embassy. My solid assessment is that it will go much faster than you think: within a year from now,” he said.

“Secondly, there is a dramatic change vis-a-vis Iran. The president has made time [to consider a] necessary change in relation to the nuclear program. You know that this will happen. Canceling the agreement is what he said he plans to do.”

"The third thing is to challenge UNRWA for the first time. For 70 years the organization perpetuates the Palestinian narrative and the abolition of Zionism, and this is the first time they [the Americans] challenge this. It's good that they are doing something that is challenging this organization,” Netanyahu continued.

Netanyahu made his comments during a flight from Delhi to Gujarat, as part of his official visit to India.

Earlier last month, US Secretary of State Rex Tillerson confirmed that relocation of the embassy might take at least three years, and quite possibly longer.

US President Donald Trump announced on December 6th that the US recognizes Jerusalem as the Israeli capital, and the US will relocate its embassy from Tel Aviv to Jerusalem, considering it the Israeli official capital as claimed.

Trump’s decision caused widespread outrage and fueled anger in several Middle Eastern countries who condemned it and dismissed the decision.