Expected wet air mass accompanied by a depression that will bring heavy rain across the country during the weekend. (PSD's Facebook) 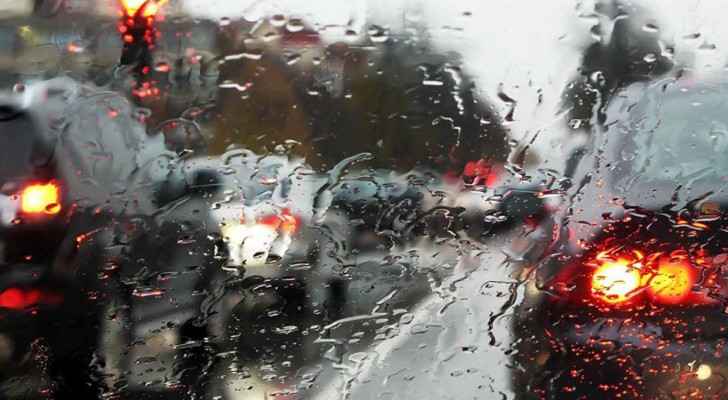 The PSD posted on their official FB page a post saying:

Translation: As the forecasted depression will bring heavy rainfall in various regions of the kingdom, people should be aware and cautious while driving and travelling between provinces, and avoid streams of floods and valleys when rains will get heavier, for their safety and to avoid any possible harm.

In addition to the need to avoid committing traffic violations, especially exceeding the prescribed speeds, bypassing and taking the wrong paths

It is also necessary to follow up the weather situation issued by the department and other concerned parties, and to call 911, the emergency center when necessary.

Earlier, the Greater Amman Municipality (GAM) declared a state of medium alert following the weather department's forecast for the weekend.

GAM called on public in a statement to report complaints to its emergency center in Tlaa Al Ali area, which will be available on 5359970 and 5359971.

According to the Jordan Meteorological Department (JMD), the Kingdom will be affected by a wet air mass accompanied by a depression that will bring heavy rain across the country.

Forecasted winds of 85 km/h will stir dust early Friday in the eastern and southeastern regions before precipitation at night.