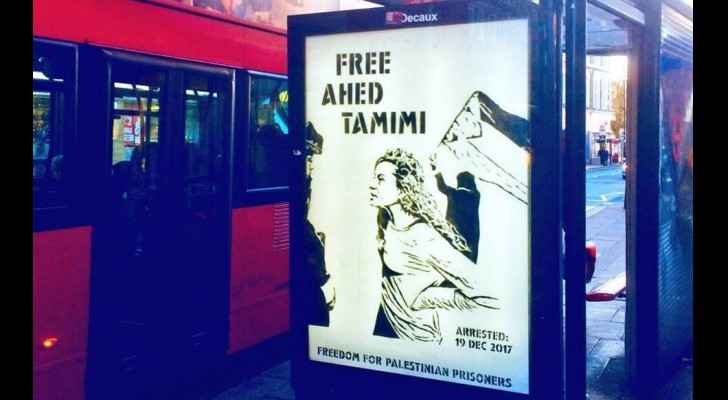 Ahed Tamimi who became the Palestinian symbol for resistance, had her Twitter account deleted, amid accusations for social media giant of being controlled by US and Israeli governments.

While it is still unclear whether Twitter deleted her account or it was suspended, a relative of Ahed, Manal Tamimi suggested that her account was banned.

I’m not sure about that & not think her father did, I expect that Twitter deleted it due to a campaign or a call by zionists to block it or delete it

Several Palestinian activists launched a campaign creating a new account by Ahed Tamimi name calling to restore her account and for her freedom.

This is not the first time for Twitter to be accused of being biased toward US and Israel, in 2016, seven editors at least had their accounts deleted unexpectedly, all of them are editors and executives in well-known Palestinian press agencies that cover daily news in Palestinian territories.

“Social media sites are… an efficient window to empower journalists and Palestinians in general to express their opinions freely,” Mousa Rimawi, author of the report and Director of the Palestinian Centre for Development and Media Freedoms (Mada) said earlier.

“[But] systematic surveillance and observation by Israeli Occupation Authorities [means they have become] an open platform for persecution and oppression relating to users’ opinions.”

The 17-year-old Palestinian Ahed Tamimi was arrested by the Israeli Defence Forces (IDF), who kidnapped her from her house in Nabi Saleh village in Ramallah on December 19th, 2017.