Clashes between Israeli forces and Palestinian protesters in the West Bank on Saturday. (PalInfoCenter) 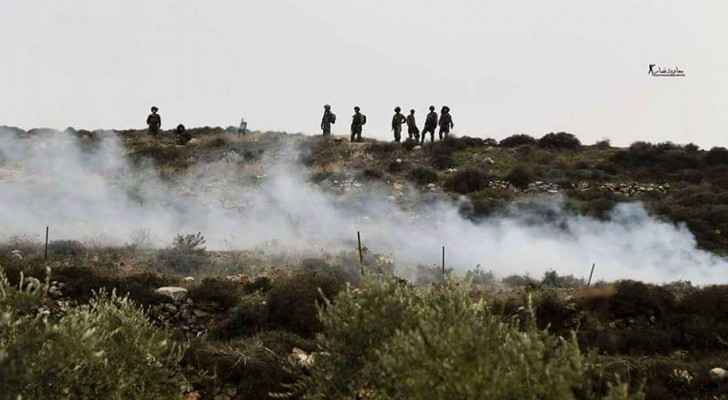 The newly-used type of gas caused severe suffocation and fainting, according to the Ministry of Health spokesman, Osama Najjar.

Some of those affected by the gas arrived to hospitals suffering from vomiting, headache, neural tension, burning eyes in addition to pain in knees and bones, Najjar said.

Additionally, in Gaza, the Ministry of Health confirmed that injuries in the European Hospital are still under clinical care for the second week in a row, because of inhaling the new gas.

Palestinians in the West Bank and Gaza are holding demonstrations for the 18th day in a row to protest Trump’s decision to recognize Jerusalem as Israel’s capital.

At least 3,000 Palestinians have injured so far in the protest, and the total number of deaths has reached 14 people - two the West Bank, and eight in Gaza - including four who died in airstrikes fired on the strip.