Trump's recognition of Jerusalem as the capital of Israel has been rejected. (Wikimedia Commons) 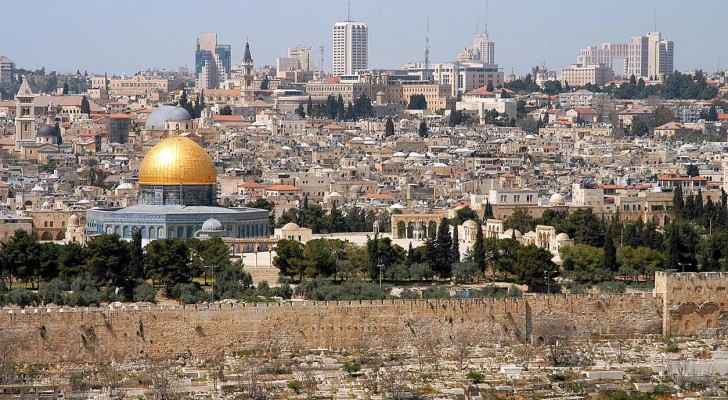 This comes after the United Nations general assembly delivered a stinging rebuke to U.S. President Donald Trump, with the 193-member body voting to support the long-standing international consensus that the status of Jerusalem can only be settled as an agreed final issue in the Israeli-Palestinian peace process.

State Minister for Media Affairs and Government Spokesperson, Mohammad Momani, said the vote “embodies the will of world legitimacy to assert the illegality of any measures aimed at changing the status quo of Jerusalem.”

East Jerusalem, he added, “is considered occupied territory under the international law, and realizing comprehensive and just peace will be achieved only by establishing a Palestinian state along the 4th June 1967 borders, with East Jerusalem as its capital.”

Momani went on to urge international community to find a solution to the Palestinian-Israeli conflict based on the two-state solution, in accordance with international legitimacy resolutions and the Arab Peace Initiative, in order to achieve security and stability.

The General Assembly's emergency discussion was being held at the request of Turkey and Yemen, who turned to the UN after an Egyptian draft resolution was presented to the Security Council and was vetoed by the United States, while the other 14 member states voted in its favor.