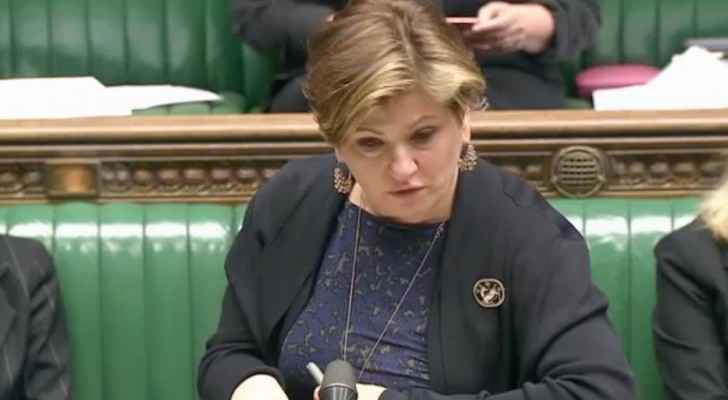 The British shadow foreign secretary, Emily Thornberry, reaffirmed the Labor Party's intent to recognize the State of Palestine, as part of a new commitment to achieve long-standing hopes in the region, the National reported on Tuesday.

Thornberry explained what was needed to complete what she called the "unfinished business" of the Balfour Declaration and [to protect] the rights of "non-Jewish communities in Palestine."

“The next Labour government will make clear to the Israeli government that it must cease settlement-building. We will work for a solution to the tragic plight of Gaza – one that seeks both to end the blockade, while also protecting the people of Israel from Hamas rocket attacks,” she said.

Thornberry explained that the next Labour government will urge the Israeli government to stop settling in the West Bank. She added that this government will try to find a solution for the “tragic plight” in the Gaza Strip, and will urge lifting the blockade imposed on the coastal enclave where more than two million human beings are trapped.

Mrs Thornberry also confirmed that her party “will recognise the State of Palestine, because it is in the interests of Israel, the Palestinians and peace”.

Leader of Labour party Jeremy Corbyn has been a longstanding critic of Israel’s illegal settlements in Palestinian territory and its blockade of Gaza.

US declares ISIS recruiter from India a ....