Explainer: What's all the fuss over the Jordan-Israel water project? 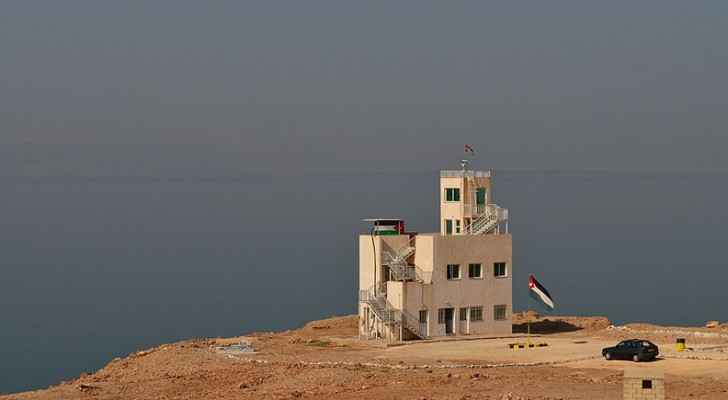 The massive water project linking the Red Sea to the Dead Sea has been pushed to the front pages this week after Israel reportedly threatened to shelve the vital deal until Jordan allows Israeli embassy staff to return to Amman.

The diplomatic war of words following the embassy shooting in July has put a damper on the $1 billion project, which was meant to have been finalised several weeks ago. Today a senior Jordanian official said that the project would go ahead, with or without Israel’s support.

But what exactly is this water project and why is it so important to Jordan and the region?

In 2015, Jordan, Palestine and Israel signed an agreement to build a controversial $1 billion water project: the so-called ‘Red-Dead’. The ambitious plan would divert water from the Red Sea, turn some of it into drinking and agricultural water, and pipe the rest into the Dead Sea.

The flow of water will start in the Red Sea resort town of Aqaba, where a new desalination plant will be built. It will then be piped across Jordan, generating hydroelectric power, before rushing into the Dead Sea. As part of the deal, freshwater from Aqaba will be sent across the border to Israel; Jordan will buy Israeli water from the Sea of Galilee; and the Palestinian Authority will buy water from an Israeli desalination plant. Everyone wins.

Why is the project so important?

Firstly, Jordan needs more drinking water. The country has been suffering from a severe water deficit for years now. There just isn’t enough water to supply the growing population.

In fact the whole region is suffering from a water crisis. Rising temperatures and reduced rainfall have parched much of the Middle East’s landscape while mismanagement and political complications have robbed countries of the little water that is available.

Secondly, the Dead Sea is receding at a level of about 1 meter a year, largely a result of farmers and companies in Jordan, Israel and Syria diverting the River Jordan for agriculture. The Red-Dead project would pump salt water back into the Dead Sea, reversing its decline. Not only would this be good news for environmentalists but it would also help secure Jordan’s tourist industry in the Dead Sea for the future.

If that weren’t enough, many hoped that the agreement would encourage cooperation in the region, maybe even acting as the foundation for a future peace deal. Palestinians have long complained about Israeli restrictions on new water infrastructure and accused Israel of illegally pumping water from their underground aquifers. The new source of water under the deal would ease tensions between Israel and Palestine.

So why is Israel threatening to shelve the deal?

Senior officials told Channel 10 Israel this week that Israel wouldn’t move forward with the project until Jordan allowed its embassy staff to return. Jordan has blocked Israel from reopening its Amman embassy until an Israeli security guard who shot dead two Jordanians is brought to trial. Project talks have stalled without the embassy and, according to Israeli officials, won’t resume until the diplomatic staff are allowed to return.

A senior Jordanian government minister said on Tuesday that the country would continue with the project alone and that it did not need Israel for the pipeline. The possibility of partnering with Saudi Arabia has now also been floated.

Jordan doesn’t strictly need Israel to proceed with the plan. The new infrastructure will be financed by Jordan and international donors, and will lie entirely within Jordanian territory. Construction could start in 2018 as originally planned, even if Israel doesn’t budge.

But that would miss the point of the original deal. The carefully calibrated agreement was meant to bring much needed water to Jordanians, Palestinians and Israelis, thereby bringing the region that little bit closer together. A parched region will be hoping for an end to the diplomatic stalemate.

Citizens of Hmarat area complain about lack of water for ....

Citizens of Hmarat area complain about lack of ....

Citizens of Hmarat area complain about lack of ....

Citizens of Hmarat area complain about ....