At least 60 dead in twin attacks near Nasiriya-Iraq

At least 60 dead and 90 injured in twin attacks near Nasiriya. (Photo Credit: Nasiriyah.org) 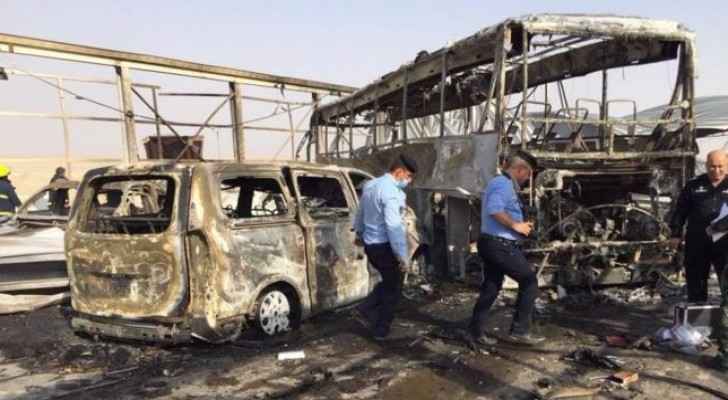 According to Iraqi police and health officials, at least 60 people were left dead and more than 90 injured as a result of two Daesh attacks in the south of Iraq.

A suicide bomber detonated a vest, while gunmen opened fire inside a resutarant near the city of Nasiriya. Soon afterwards, a car bomb exploded at a nearby checkpoint.

Shia Muslim pilgrims including Iranian nationals were the victims of the attacks.

AFP states that the attackers were disguised as members of Hashd al-Shaabi (Popular Mobilisation), a predominantly Shia group which has fought alongside the Iraqi army against Daesh.

The area targeted is situated along a main road frequented by Shia pilgrims and visitors from Iran, which make their way to the holy cities of Najaf and Karbala.

Daesh is conducting attacks in desperation, following defeat after defeat on front lines in both Iraq and Syria. However, the terrorist group are still capable of launching devastating assaults on soft targets, says BBC Middle East editor Alan Johnston.

They are believed to still have hundreds of followers willing to conduct acts of terrorism, although Iraq's Dhiqar province along with other regions in the south of the country rarely wittness any acts of terrorism.