Jordan's Al Karameh border crossing with Iraq has been reopened after over a year. (Ro'ya) 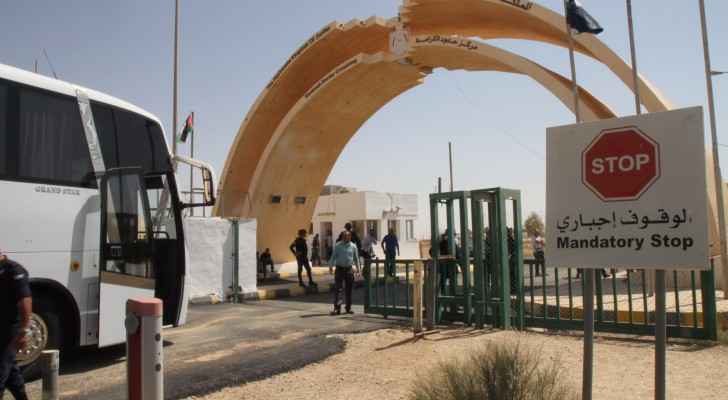 Jordan has opened its main border with Iraq on Wednesday for the first time in over a year, with Jordanian and Iraqi ministers hailing the move as a sign towards peace and economic stability for the two countries.

The border crossing is part of a crucial trade route linking the capitals of Iraq and Jordan. Its reopening comes after Iraqi forces reportedly regained control of most of Iraq's Anbar province, which was seized by ISIS militants in 2014.

The reopening of the crossing, known as Al Karameh on the Jordanian side and Tureibil on the Iraqi side, was commemorated at an opening ceremony yesterday, attended by top Jordanian and Iraqi officials.

“The reopening is a sign of peace. The borders closed when ISIS entered our province and our country. Now we are with the Jordanian government, opening the border again,” Mohammad al-Halbusi, governor of Iraq’s Anbar province, told reporters at the ceremony.

“Opening the border shows the strong connection between the two countries. There will be more jobs, the rate of unemployment will decrease. This opening represents the vein of life,” he added.

During a press conference at the event, Jordan’s minister of Interior Galeb al Zabi, and his Iraqi counterpart, Qassem Al Araji, thanked each other and emphasised that the border will not be closed again in the future. While Al Araji said that he would have liked to gift Jordan with the remains of ISIS, the minister settled on a small golden palm tree instead. Meanwhile, gun was presented as a gift from Zabi to Araji. 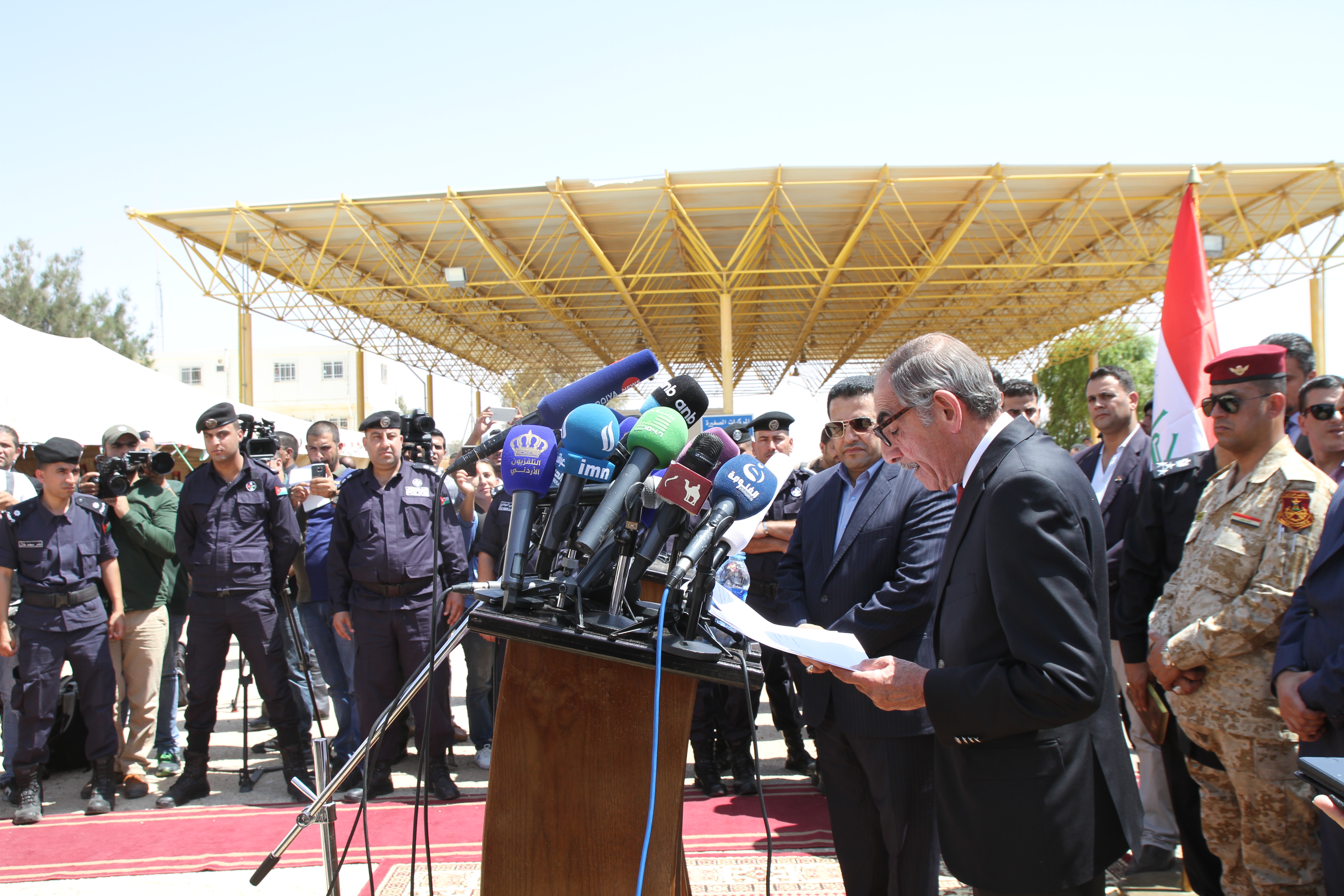 Iraqi troops first pulled out of the Tureibil post in the summer of 2014 after ISIS assaulted the border and secured nearly all the official crossings of the western frontier, as they gained control of nearly a third of Iraq.

Commercial traffic continued for a year after, however the border was officially closed in July 2015 to prevent ISIS militants from gaining revenues raised from truck drivers forced to pay a tax on cargo coming in from Jordan. The closure coincided with an offensive launched by Iraqi forces to reclaim control of Anbar from the extremist group.

Since then, the Iraqi army has regained most of Anbar province’s main towns that fell to the ultra-hardline jihadist group. This includes the road connecting Jordan’s border to Baghdad, which has been freed “from attacks and criminal gangs,” the Iraqi and Jordanian governments said in a joint statement.

The reopening of the border marks the revival of a vital economic line between Jordan and Iraq, with both sides experiencing harsh financial implications from the closure of the once thriving trucking route.

In 2014, Iraq imported from 11 industrial Jordanian sectors at a value of approximately 1.16 billion dollars. Due to the closure of the borders in 2015, Jordanian exports to Iraq decreased to roughly 695 million dollars, according to a report released by the Jordan Strategy Forum.

“A lot of Jordanian traders work went down because of the border closure,” Jordan’s Minister of transportation, Jamil Ali Salim Mujahed, told Ro’ya. “The work will start in the upcoming few days, including items and goods trading, between Jordan and Iraq,” he added.

Jordan hopes the reopening of the route will revive exports to Iraq, once the kingdom’s main export market, accounting  for almost a fifth of domestic exports, according to the International Monetary Fund.

The restoration of trade links is also expected to give a push to an oil pipeline project running from Iraq’s Basra to Jordan’s Aqaba, with Prime Minister Hani al Mulki working to revitalise the project earlier this year.

Alongside the opening of Iraq’s border, Jordanian officials are hopeful the crossing with Syria in the north can be reopened by the end of the year, after a memorandum on the establishment of the de-escalation zone in the Syria’s southwestern provinces of Daraa, Quneitra and As-Suwayda were agreed upon by Russia, Jordan and the United States, July 9. 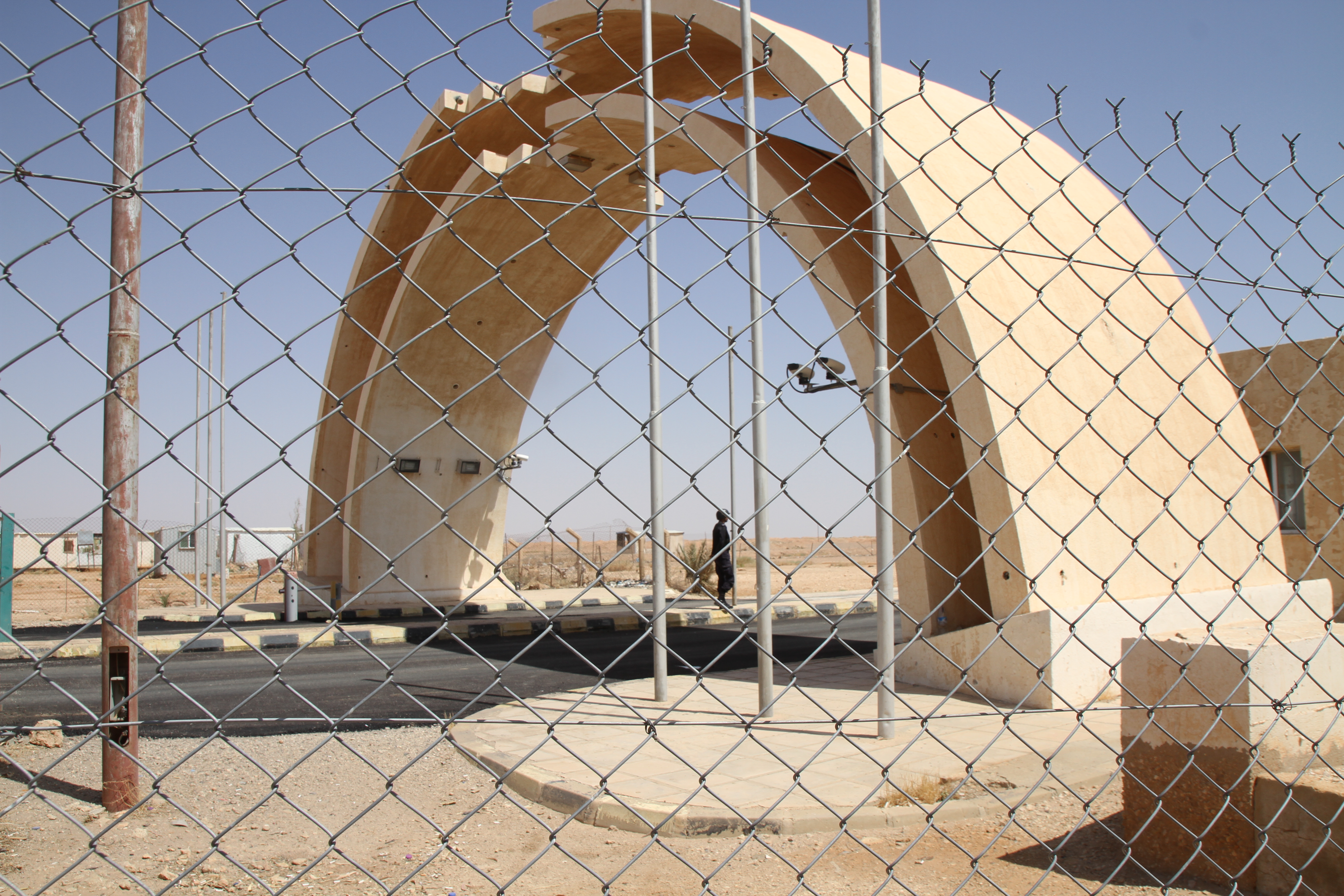 Source: So far, no decision taken to postpone bank loan ....