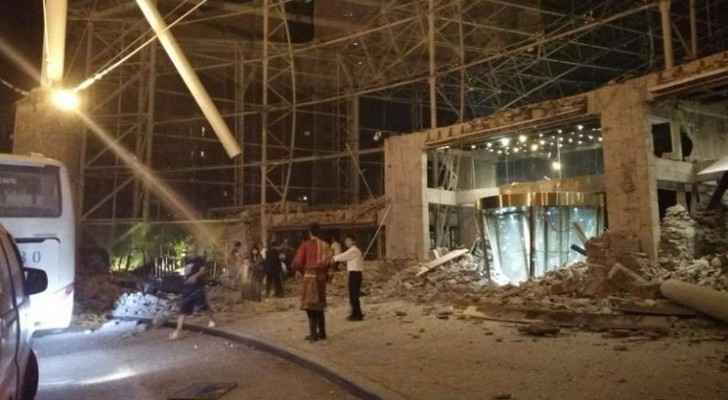 Up to 100 people are feared dead after an earthquake of magnitude 7.0 rattled a remote, mountainous part Sichuan in China's southwest, the provincial government and official media said on Wednesday.

The state-run Xinhua news agency said a total of 13 people had been killed and 175 reported injured, according to the information office of the provincial government, and that as many as 31,500 tourists had been evacuated from the quake zone.

However, China’s national commission for disaster reduction estimated that as many as 100 people may have died, based on 2010 census data of the mountainous, sparsely populated region.

More than 130,000 houses may be damaged, it added in a statement posted on its website, based on a preliminary analysis of the disaster in a remote region of Sichuan province.

The president, Xi Jinping, called for “all-out efforts to rapidly organise relief work and rescue the injured people”, according to Xinhua.

The Red Cross Society of China has also launched its emergency response procedures, sending 1,000 first aid kits, 2,000 quilts and 200 tents to the area.

The Chinese Red Cross Foundation has sent work teams to verify the casualties and damage, and has allocated 100,000 yuan (over 14,914 U.S. dollars) for emergency aid.

“The quake hit at night, communications lines and electricity are disrupted and people are no doubt shocked and scared,” said Gwendolyn Pang, a spokeswoman for the International Federation of Red Cross and Red Crescent Societies in China. “It may take some time to learn the extent of damage and casualties.”

China is regularly hit by earthquakes, particularly its mountainous western and south-western regions. Earlier on Tuesday, a landslide triggered by heavy rains killed at least 24 people in another mountainous region of Sichuan.

Aqaba Governor: No damages reported due ....