Palestinians, Israelis square off on UNESCO vote on Hebron

Palestinians, Israelis square off on UNESCO vote on Hebron 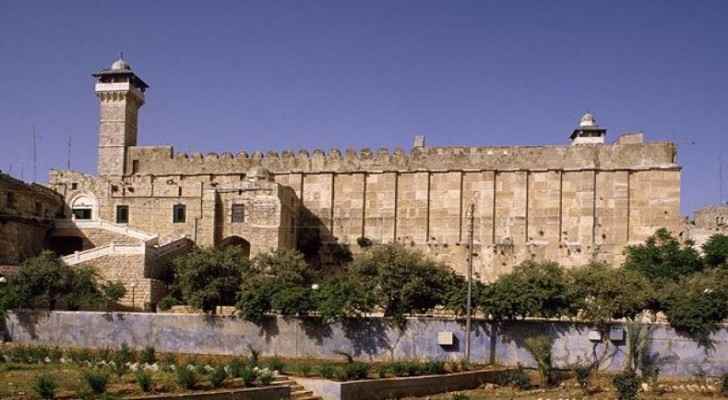 The United Nations' cultural arm will decide whether to declare the Old City of Hebron a protected zone this week, the latest Israeli-Palestinian spat at the international body.

Hebron in the occupied West Bank is home to more than 200,000 Palestinians and a few hundred Israeli settlers, who live in a heavily fortified enclave near the site known to Muslims as the Ibrahimi Mosque and to Jews as the Tomb of the Patriarchs.

UNESCO's World Heritage Committee is expected to vote Friday on a resolution brought by the Palestinians declaring Hebron's Old City, including where the settlers live, an area of outstanding universal value.

The resolution was fast-tracked on the basis that the site was under threat, with the Palestinians accusing Israel of an "alarming" number of violations, including vandalism and damage to properties.

On Tuesday in a separate vote, the heritage committee backed a resolution condemning Israeli actions in Jerusalem, sparking Israeli anger.

Israel says the Hebron resolution -- which refers to the city as "Islamic" -- denies thousands of years of Jewish connection there.

Hebron claims to be one of the oldest cities in the world, dating from the chalcolithic period or more than 3,000 years BC, the UNESCO resolution said.

At various times it has been conquered by Romans, Jews, Crusaders and Mamluks.

If the resolution passes it would be seen as a victory for Palestinian diplomacy and would be cited by Israel as a fresh example of what it alleges is the UN's inherent anti-Israel bias.

In May the Jewish state reacted furiously after UNESCO passed a separate resolution on Jerusalem, and has recently prevented UNESCO researchers from visiting Hebron.

The vote, which requires a two-thirds majority of those 21 countries that vote either in favour or against, is likely to be close, with both sides expressing quiet confidence.

On Tuesday the heritage committee backed the Jerusalem resolution 10 to three, with eight abstentions -- a couple of switched votes would have tipped the balance.

The US envoy to the United Nations, Nikki Haley, voiced support for Israel's attempts to block the Hebron resolution.

Alaa Shahin, from the Palestinian Hebron municipality, said UNESCO designation would "help in marketing (the city) as an important global location which will support the tourism sector".

"The second thing is that we'll have a legal body at an international level that will help our efforts to stop any attempts to destroy it."

"They are trying to rewrite Jewish history and the history of the region," he said.

Shahin said they focussed only on cultural heritage.

Hebron itself is a stark example of the Israeli-Palestinian conflict.

The few hundred Israelis live closed off in a settlement most of the world considers illegal, with Palestinians largely banned from entering and using nearby streets.

The settlers moved in after the 1967 war in which Israel seized the territory in a move considered illegal by the United Nations.

There had been a Jewish community there decades earlier, but they were forced out by attacks in British Mandatory Palestine.

They are now protected by hundreds of Israeli soldiers, with Palestinians saying the settlement makes their lives impossible.

At the centre of the row is the Ibrahimi Mosque/Tomb of the Patriarchs compound, holy to both Jews and Muslims.

Old Testament figures including Abraham are believed to be buried there.

In 1994, Israeli-American Baruch Goldstein opened fire on Muslims praying at the site, killing 29, before being beaten to death by survivors.

Inside Hebron's Old City, the stalls in the traditional souq are largely empty and in places wire mesh above the shops is choked by empty plastic bottles and other trash.

The mesh was installed to prevent the settlers living above from dropping rubbish onto the Palestinian stall holders, traders said.

Three traders AFP spoke to all said the UNESCO vote was unlikely to change facts on the ground.

"It is empty talk," shopkeeper Jamal Muragh told AFP, saying the Israeli government would not pay attention to the resolution.

"If they want to ignore things, they do."

Faye Abu Afifih, whose tiny shop sells brooms, cloths and other household goods, said dozens of shops had closed in recent years due to the Israeli occupation.

While he accepted the resolution was unlikely to change his reality, it was still symbolically important for him.

"It is a message to all the world that (the Ibrahimi Mosque) is Islamic only, and that is important."