Turkey has already sent over 100 planes with food and other aid for Qatar. 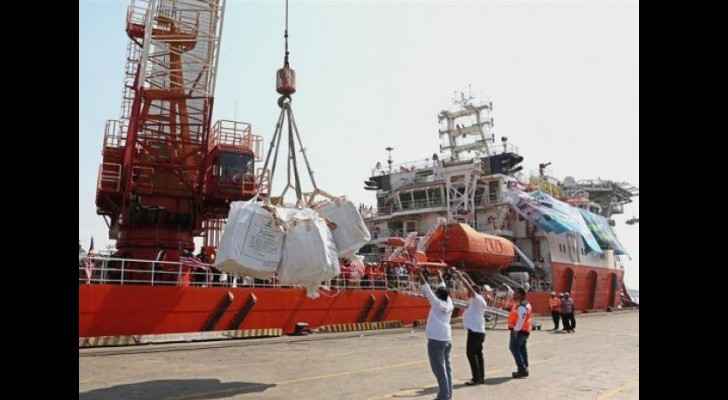 Turkey on Thursday sent its first ship loaded with aid for its embattled regional ally Qatar which has been hit by sanctions from Gulf powers led by Saudi Arabia, state media said.

Turkey has already sent over 100 planes with food and other aid for Qatar but this is the first time a cargo ship has embarked on the voyage to Doha.

The ship left the Aegean port of Aliaga in Izmir province with around 4,000 tonnes of fruit, vegetables and other foodstuffs on board, the Anadolu news agency said. It should arrive in 10 days.

Saudi Arabia, UAE and Bahrain broke off relations with Qatar on June 5, accusing it of supporting "terrorism", leaving Doha economically and politically isolated.

Ankara vehemently rejected the accusations -- already strongly denied by Doha -- that Qatar supports terrorism, arguing the country had been a staunch opponent of Islamic State (IS) jihadists.

Economy Minister Nihat Zeybekci said Wednesday that Turkey had already sent 105 cargo flights to Qatar loaded with aid to help the country through the crisis.

The crisis has put Turkey in a delicate position as Ankara regards Qatar as its chief ally in the Gulf but is also keen to maintain its improving relations with the key regional power Saudi Arabia.

Ankara has stopped short of directly criticising Saudi Arabia's actions, merely calling on Riyadh to take a lead role in solving the crisis.

In a sign of the importance of the relations with Riyadh, Erdogan late Wednesday held phone talks with Saudi King Salman after the sudden appointment of his son Mohammed bin Salman as crown prince in place of Mohammed bin Nayef.

Erdogan also spoke with Mohammed bin Salman himself and passed on his congratulations over the move, Anadolu said.

Both sides expressed a commitment to further strengthen relations between Ankara and Riyadh and to "step up efforts" to end the tensions concerning Qatar, it added.

Relations between Saudi Arabia and Turkey had been been damaged by Riyadh's role in the 2013 ousting of Egyptian president Mohammed Morsi, a close ally of Ankara.

But ties thawed considerably after the accession of Salman to the throne in 2015, with the king warmly welcomed on visits to Turkey.