The station was evacuated following reports of a blast. (Reuters) 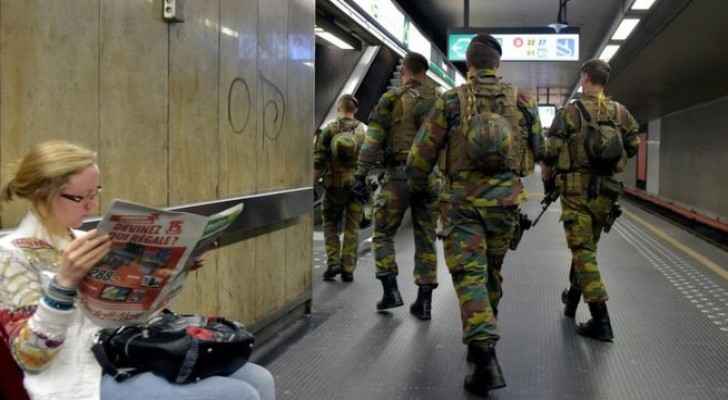 Brussels was on high alert Tuesday night after its main square and central station were evacuated after reports of a blast. The incident took place around 1900 GMT.

Police cleared La Grand Place in seconds, said witnesses, while commuters took pictures of a fire in the nearby Central Station.

Belgian media reported that a man wearing an explosive belt was “neutralised” by soldiers inside the station.

A police spokesman told Reuters: “There was an accident at Central Station. There was an explosion around a person. That person was neutralised by the soldiers that were on the scene.

“At the moment, the police are in numbers at the station and everything is under control.”

Local police also tweeted about the incident: “The situation is under control but please follow the instructions [of police].”

Meanwhile, the spokesman for rail network operator Infrabel, Arnaud Reyman, confirmed that the station was evacuated, adding that “There was panic in the station and on the tracks after an incident.”

Bart Crols, a spokesman for the SNCN railway company, also confirmed that after witnesses tweeted a picture of a fire at Central Station, the company suspended all rail traffic in the city.

In March 2016, Brussels airport and they city’s metro system were attacked by the so-called Islamic State (ISIS), leaving 32 people dead.