A few days ago, UN experts warned that the humanitarian situation in Gaza is deteriorating to unprecedented levels. (Wikimedia commons) 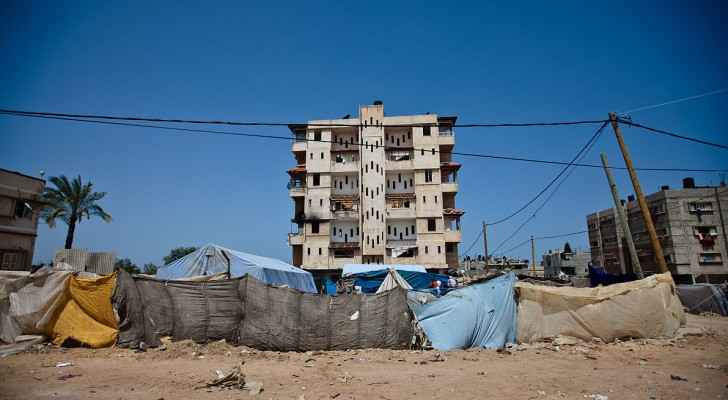 Israeli authorities have started to reduce the electricity capacity to the besieged Gaza Strip. This is the first step towards implementing the announced decision to gradually reduce power provided to Gaza, ignoring humanitarian organizations’ condemnation of the decision.

Gaza's electricity company, the Gaza Electricity Distribution Corporation, said in a statement Monday that the Israeli grids supplying the Gaza Strip reduced their output from 120 to 112 megawatts, with power only being supplied for two to three hours a day.

This comes after Israel's security cabinet said it would reduce its supply of electricity to Gaza, in response to a request made by the Palestinian Authority.

Electricity company spokesman, Muhammad Thabet, warned of the “serious repercussions” of the unprecedented electricity reduction to Gaza through Israeli lines. The cut is expected to have serious implications for the living situation in Gaza, where severe electricity shortages and a major power deficit is already an issue.

The Energy Authority deplored this step of reducing power provided to Gaza saying it was a “dangerous step,” adding that the occupation and the parties responsible for this action must take full responsibility for the serious consequences of this decision.

A few days ago, UN experts warned that the humanitarian situation in Gaza is deteriorating to unprecedented levels as new reductions in the already extremely limited power supply have been announced.

“All the parties with a direct hand in the crisis – Israel, the Palestinian Authority and Hamas – must act immediately with the best interests of the population in Gaza in mind to resolve this human-made problem,” said Special Rapporteur, Michael Lynk.