Saif al-Islam is the second of Gaddafi's eight children, the eldest son of his second wife Safiya. 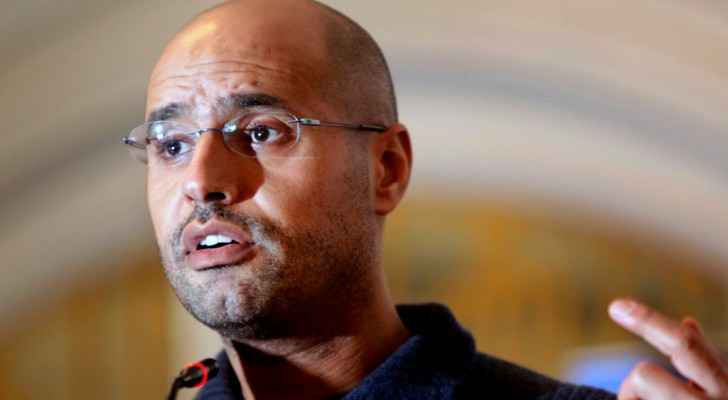 Saif al-Islam, whose release was reported on Saturday, was the likely successor to his father Moamer Gaddafi and had appeared destined to become the modern face of Libya.

But the NATO-backed revolution, inspired by the 2011 Arab Spring, swept through Libya and his fate changed for ever after his father and veteran dictator was ousted and killed in October that year.

Days later in November 2011, Saif al-Islam, whose name means sword of Islam, was arrested by an armed group and held in their northern hilltop stronghold of Zintan southwest of Tripoli.

Since then he has been in a legal tug-of-war between the International Criminal Court and the Libyan authorities.

In June 2011, ICC judges issued arrest warrants for Saif al-Islam, his father and for spy master Abdullah al-Senussi, for crimes against humanity relating to the bloody repression of the uprising.

Born on June 25, 1972, Saif al-Islam is the second of Gaddafi's eight children, the eldest son of his second wife Safiya.

Widely seen as Gaddafi's heir-apparent, he was often described as the Libyan leader's "playboy" son.

He received a doctorate from the London School of Economics, but held no official post. He carved out influence as a loyal emissary of Gaddafi's regime and architect of reform.

He was anxious to normalise ties with the West and in 2007 launched the country's first private television station and two newspapers.

The Abu Bakr al-Sadiq Brigade, a militia of former rebels that controls Zintan, said Saif al-Islam was freed Friday evening under an amnesty law promulgated by the parliament in the east.

The North African country has rival administrations, with the authorities in the east not recognising the UN-backed Government of National Accord (GNA) based in the capital.

Saif al-Islam shot to prominence in 2000 when the Gaddafi Foundation that he headed negotiated the release of Western hostages held by Muslim rebels in the Philippines.

In 2007, he served as a mediator over the 2007 release of Bulgarian nurses who were jailed over a hospital AIDS outbreak.

He also negotiated compensation agreements for the families of those killed in the 1988 Lockerbie plane bombing and of UTA Flight 772 in 1989, both of which were blamed on Libya.

Tall and trim, Saif al-Islam long served as the face of Gaddafi's regime in the West, appearing in suit and tie and speaking English fluently but also German and some French.

But his reformist image vanished quickly in the uprising against his father's 42-year dictatorship, launched from the eastern city of Benghazi in February 2011.

Saif al-Islam became the defiant face of the embattled regime, appearing on television or giving news conferences to warn that opposition forces would be crushed.

"We will not submit, we will not abandon the fight," Saif said in his last speech broadcast on television on August 21.

Saif al-Islam and eight other Gaddafi-era figures, including Senussi, were sentenced to death by a Tripoli court in July 2015.

Gaddafi's son was not in court during the Tripoli hearings, but was able to testify via videolink from Zintan.

In June last year, new lawyers representing Saif al-Islam announced they would ask the ICC to quash the case against him, basing their argument on the so-called principle of "double jeopardy".

"The reality is that a trial has taken place. He has been tried and convicted in Libya. It's a clear principle of law that one cannot be tried twice for the same offence," veteran defence lawyer Karim Khan said at the time in The Hague.

Three of Gaddafi's seven sons were killed in the 2011 uprising.

One who survived, Saadi Gaddafi, is facing trial in Libya for the murder of a football coach in 2005 and alleged repression during the revolt.

Saif al-Islam's mother, Safiya, and three of his siblings found refuge in Algeria in the wake of the revolution and then later in Oman.

Fear of conscription prevents the people of Al-Raqqa from ....

Fear of conscription prevents the people of ....

Fear of conscription prevents the people of ....

Fear of conscription prevents the ....