US President has asked Qatar to cease funding terror. 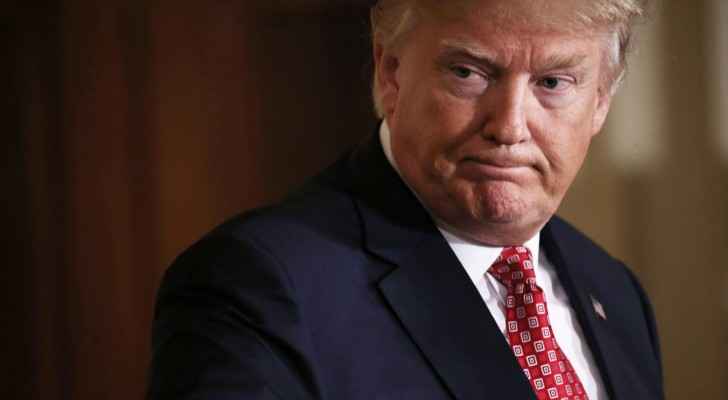 US President Donald Trump on Friday accused Qatar's leadership of bankrolling extremists and demanded a halt to that funding, as a diplomatic stand-off between the Gulf emirate and its neighbors escalated.

Trump's stern warning overshadowed an earlier declaration from Secretary of State Rex Tillerson -- who had also urged Saudi Arabia and its allies to ease their land and sea "blockade" of Qatar.

But US officials insisted that both men were sending the same message that the countries of the region should not allow their differences to hinder the fight against extremism.

The gas-rich emirate is home to the largest US airbase in the Middle East, making it a key ally in the US-led coalition against the Islamic State group in Iraq and Syria.

But it has fallen out with its Arab neighbors, who accuse it of sponsoring extremist groups, some of them allegedly linked to arch Saudi foe Iran, fomenting trouble across the region.

The neighbors also resent Qatar's ties to the Muslim Brotherhood movement and its sponsorship of the pan-Arab satellite television network Al-Jazeera, which has given opposition figures a platform.

Qatar has denounced the allegations of terror funding as baseless and has received the support of its close ally Turkey, which has approved the deployment of troops to defend the emirate.

Having apparently been caught on the hop by the speed with which the dispute has spiraled -- despite meeting all of the leaders concerned in Riyadh last month -- Trump has asked Tillerson to mediate.

The US president's rhetoric on Friday, however, did not appear likely to calm spirits in Doha.

"The nation of Qatar, unfortunately, has historically been a funder of terrorism at a very high level," Trump told reporters in the White House Rose Garden, as Tillerson looked on.

"They have to end that funding and its extremist ideology in terms of funding," he said, lumping Qatar with other nations that he said must "stop teaching people to kill other people."

Less than two hours earlier, Tillerson had approached the crisis from a different direction -- warning that the stand-off between the former Gulf allies was undermining the anti-terror fight.

He did urge Qatar to be "responsive to the concerns of its neighbors" and immediately crack down on extremist funding.

"The emir of Qatar has made progress in halting financial support and expelling terrorists from his country, but he must do more and he must do it more quickly," he said.

But he also warned that the response -- Bahrain, Egypt, Saudi Arabia and the United Arab Emirates cut diplomatic ties on Monday and are trying to blockade Qatar by air and sea -- could be counterproductive.

"The blockade is hindering US military actions in the region and the campaign against ISIS," Tillerson warned.

Although US officers had previously denied the blockade was a problem, Pentagon spokesman Captain Jeff Davis said the "evolving situation is hindering our ability to plan for longer-term military operations."

But Tillerson also noted that other countries must do more -- and he urged Riyadh and its allies to soften their embargo.

"There are humanitarian consequences to this blockade. We are seeing shortages of food. Families are being forcibly separated and children pulled out of school," he said.

"We believe these are unintended consequences, especially during this holy month of Ramadan. But they can be addressed immediately."

Tillerson said he had spoken to many leaders in the Gulf region in recent days and supported efforts by the emir of Kuwait to resolve the stand-off.

The tough US line was a rebuff for Qatar's efforts to reach out for support from abroad.

Foreign Minister Sheikh Mohammed bin Abdulrahman Al-Thani spoke to Tillerson and was due in Moscow on Saturday.

A statement said the list shows that Qatar "announces fighting terrorism on one hand and finances and supports and hosts different terrorist organizations on the other hand."

The Qatari government countered that the list "once again reinforces baseless allegations that hold no foundation in fact" and boasted: "We lead the region in attacking the roots of terrorism."

Meanwhile, the crisis is drawing in more countries.

Turkey's parliament has approved deploying troops to a base in Qatar and Iran has offered to send food.

"Until today, I have not witnessed Qatar give support to terror," Turkish President Recep Tayyip Erdogan said Friday in Istanbul.

The moves taken against Doha include banning Qatar Airways from airspace and closing Qatar's only land border with Saudi Arabia. The Arab states have also ordered Qataris out within 14 days.

Analysts say the crisis is partly an extension of a 2014 dispute, when Saudi Arabia, the UAE and Bahrain temporarily recalled their ambassadors over Qatari support for Egypt's Muslim Brotherhood.

Doha has forged its own alliances in the region for years, often diverging from GCC policies and taking in leaders of the Muslim Brotherhood, the Palestinian Hamas and members of the Afghan Taliban.